How should we handle being treated as “old”? 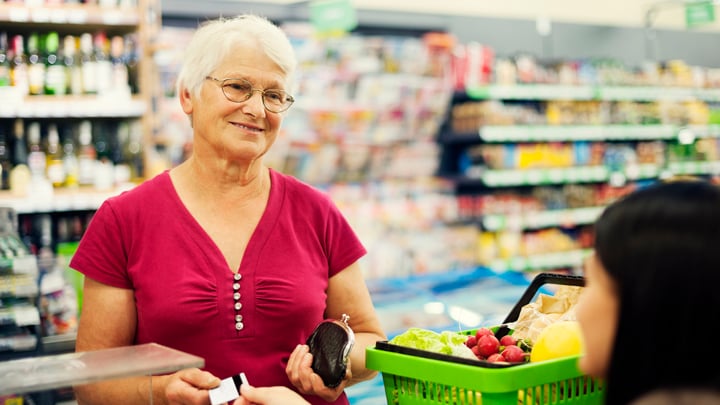 Last week my grandson visited my husband and I at our retirement village. He is 19, studying to become a physical education teacher at university and has a part time job at a popular sporting shoe store. He visits every Thursday afternoon and joins in for beers and a game of pool with his granddad and some of the other men from the village. Last week he had an interesting story and it made me realise that it is probably one that everyone on Starts at 60 might like to hear.

Firstly, I detest being old. I will admit, I am over the age that one is generally deemed old however by lifestyle and health standards, I am most definitely not old. I don’t like it when people treat me like a little old lady and I really don’t stand for shop attendants calling me “love” or “dear” because I feel like although it is a nice gesture, it comes from a misconception that I am old.

But, my grandson’s story made me change that. Firstly, just like you I adore my grandchildren, but when I say that Chris is one of the nicest people I’ve ever come across, I am being very un-biased. He interacts with other men so maturely, he volunteers teaching disables children to swim and he is by far the most considerate and calm person in a family of loud-mouthed crazy people.

And, while he was working at the sports store last week he offered to carry a one woman’s shopping out to the car because he thought she looked like she had her hands full – that is just the kind of young man he is. He wouldn’t have thought twice about offering. However, she turned around and very publicly accused him of being rude and for treating her as “incapable”.

Now, when he told me this he was confused. And I must admit, so was I. Had I misinterpreted simple acts of politeness and kindness for being rude and ageist? Am I in fact the one with the big problem, and the shop assistants or waiters are simply acting out of kindness?

So what do we do when someone treats us as old?

Peggy replied, “I think that we all have our own gauge of what is old. I don’t mind being referred to as “old” or “older” but it is when people call us all names like wrinklies that I get offended. Most of the time I smile politely and keep on moving because hey – they’re going to be old too one day!”

Mariana said, “The only time I get offended is when younger people generalise about our behaviour. Suggesting that we’re impatient, irritable or slow is wrong and if they do say something like that then I’m always prepared to give them a stern word.”

Peter said, “It doesn’t matter what words people use, it’s the tone of voice. If there is an inferred meaning then I will get angry very easily.”

So does it come down to personal opinion? Is there a right or wrong time to be offended or a right or wrong way to handle the situation? When you’re spoken to as old, what do you do? Do you think we’re all too quick to react when perhaps there was no ill intention there?

I know my grandson’s story has changed my view of things and I’m going to try and stop being so sensitive to people’s language. So tell me, has it changed yours?