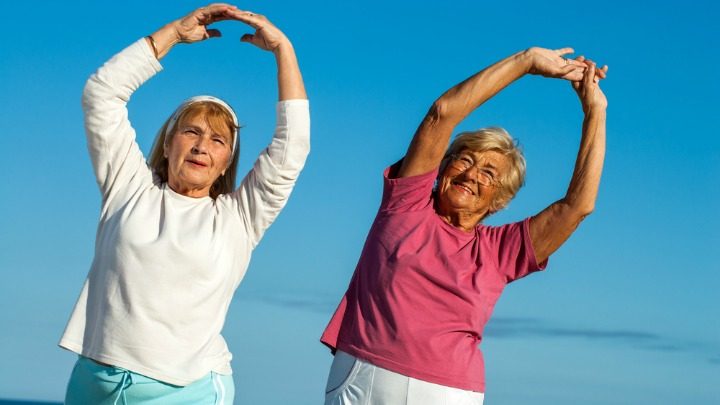 New data suggests that obesity and jogging to be the cause of the rise of Osteoarthritis.

Growth of the degenerative joint disease among women was higher, with an increase from 1.6 per cent to 2.8 per cent, according to the Index, which surveys 1000 Australians each week.

Dr Vanessa Rice, an exercise physiologist and academic, said exercise alone does not cause joints to wear down, rather poor technique or structural problems with high impact activities like running.

“If you have incorrect technique you’re going to be putting increased stress on the joint and that’s going to cause it to wear out more,” said Dr Rice.

Medibank chief medical officer Linda Swan said excess weight and high impact repetitive exercise were both causes of osteoarthritis and each was rising.

“If you’re overweight it puts a lot more strain on your joints, then the obvious question to ask is have obesity rates increased in these younger age groups and our data would suggest yes,” Dr Swan was quoted as saying on SMH.

“If you’ve got generations who are exercising more, which is fantastic, maybe what we’re not doing is educating people enough about how to exercise in a way that doesn’t put strain on your joints.”

Dr Rice, who is a runner, has seen countless examples of “very poor technique” at fun runs.
“A lot of the time you’ll see what we call over-striding: where people hit really far out in front and hard on their heel and try to roll through that. That can put a lot of stress on the hips,” she said.

According to Dr Rice, flat-footed runners also risked repetitive strain injuries but this could be overcome by orthotics. She also said that people who experience joint pain should not put off dealing with it until it’s a chronic problem and building the muscle around joints can help slow degeneration and alleviates symptoms.

Exercise physiologist Brad Taylor said beginner runners were some of the worst offenders of poor form and risked injury by pushing too hard without the muscles to carry them.

“They start running, start loading their joints in a way they haven’t been loaded before then trouble ensues in terms of sprains, strains and overuse conditions,” said Taylor.

One of the worst things a beginner runner can do for their technique is wear headphones, he said. “You get a lot of feedback from the noise your foot makes from the foot strike.” Silence, he said, was the ideal sound.

“They’re slapping the ground really hard with their feet and that’s sending ground reaction forces straight up through their joints.”

Linda Martin who is a MOVE muscle, bone & joint health chief executive said to SMH, rates of chronic joint pain is forecast to keep rising, to as high as one in four Australians by 2040, due to the ageing and increasingly overweight population.

“It’s therefore essential that Aussies of all ages look after their health; maintain a healthy level of physical activity and protect themselves from injury, to avoid the early onset of osteoarthritis,” she said.

Do you enjoy jogging?