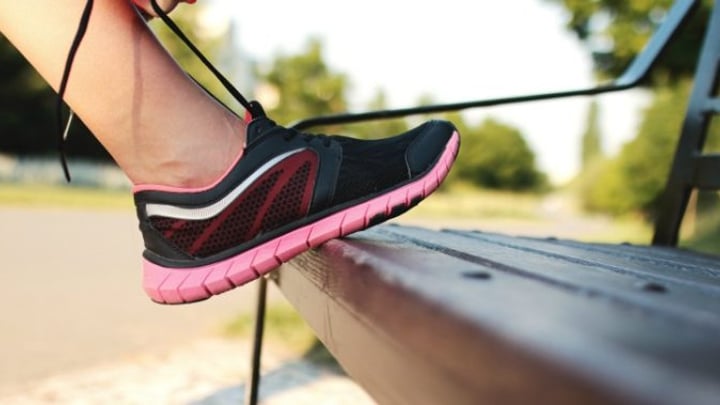 When many people think of a Baby Boomer, chances are they wrongly envision someone who potters around the house, plays bingo, wears a cardigan and does very little when it comes to fitness.

While that may be true for some over-60s, it couldn’t be further from the truth for Lynne McDonald. In fact, the 68-year-old is busily preparing to enter this year’s Melbourne Marathon. It’s hardly her first attempt at tackling the 42.195 kilometre run, with the mother already completing a number of other gruelling marathons and half-marathons.

Her passion began 11 years ago when she randomly started running around a lake near her home.

“I didn’t actually start running until I was 57. I’ve never sort of run before,” Lynne told Starts at 60. “I’d been fairly active but never ran and I ran around this little lake we had near where we lived. It was around five kilometres. I kept doing that for a while and said to my family, ‘I’d love to do a marathon or a half-marathon’.”

Wanting to encourage her passion, her family paid for a trainer and in 2008 Lynne completed her first half-marathon. At 59, she upped her game and participated in her first full marathon.

“That was a fairly slow one. It was four hours, 49 [minutes] and I really felt like I was going to die,” she recalled.

Lynne is currently preparing for October’s Melbourne Marathon, which is no easy feat.

“I’ve done a couple of 30km runs and last week I did a 32,” she explained. “It’s probably five runs a week. You might do two speed sessions or a speed session and a hill session or a tempo session and there’s always a long run. It’s always two weeks up and then you go down a bit. It’s quite full on.”

Lynne is usually up by 6am each morning for her training and even participates in golf of an afternoon. While she’s not as competitive as she once was, running has become a way of life for her.

“Once you get hooked, you really get quite depressed when you don’t do it. I just know I’ve got to do it,” she said. “My husband takes me around if I’m doing a half-marathon or doing a marathon. He drops me off, goes off for breakfast and then watches me come in.”

As for her daughters, they realise how fit their mother is, although their friends aren’t really sure how she manages it at 68. Still, she encourages anyone who wants to get fit or to try something new to give it a shot.

Read more: This could be the perfect exercise for the over-60s

And while her 70th birthday is fast approaching, Lynne has no intentions of giving up just yet. “I will keep going and keep trying until I find my body can’t take anymore,” she said.

How do you like to keep fit as a Baby Boomer? What kind of physical activity are you passionate about?