‘We want this to spread’ says Coatsworth, as list of new strain symptoms released 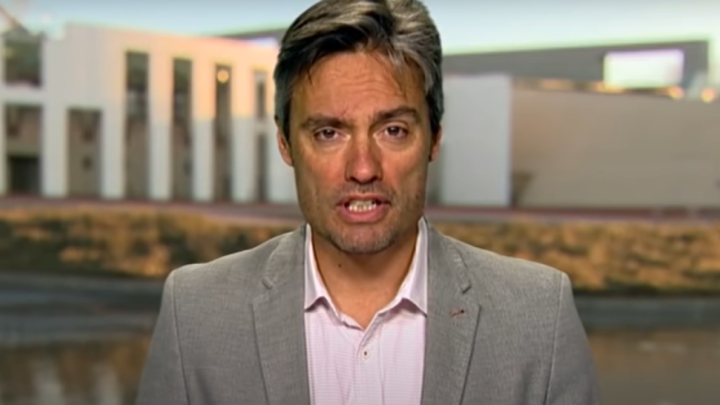 News of a concerning new strain of Covid-19, with over 30 mutations making it far more contagious than previous variants, is causing considerable anxiety and unease as it makes its way across the globe.

However, former Federal Deputy Chief Health Officer Dr Nick Coatsworth has released a message to allay Aussie’s fears. Speaking on Today, Coatsworth shared that this variant may replace the Delta variant, saying: “If this is milder than Delta, you actually want it to spread within your community.”

“You want it to out-compete Delta, and become the predominant circulating virus … it could be that we want Omicron to spread around the world as quickly as possible.”
Coatsworth praised the Australian Government’s rapid response to this new variant, saying: “The Australian Government’s taken some judicious but measured responses in terms of closure of international flights from southern Africa.”
Speaking about the impact this new variant may have on Australia, Coatsworth said: “There’s a lot we need to find out and I don’t think there’s any strong evidence at the moment – apart from the fact that it’s got 30 mutations – that those mutations are going to have the sort of negative effect.”

“Definitely not at this point,” he said. “We don’t know enough. Premature calls for action like that when we know so little are a little bit counter-productive.

“Based on the information we have at the moment, we shouldn’t really change our plans.

“The only thing we should change is mild restrictions on the number of people coming into the country from certain other countries but at the moment everything else can go on as planned.

“We will learn a lot more from the laboratories, from the World Health Organization, over the coming days.

Coatsworth reassured viewers, saying: “I definitely don’t think we should be waking up to any sort of panic. This thing is only 72- hours old. There’s too few cases at the moment.”

“There’s three elements to a variant of concern. It can transmit more quickly, it can be more deadly or it can evade the vaccine.”

“It’s the first one. The speed at which it’s spreading in South Africa is what makes it a variant of concern.”

“The South African ministry of health said most cases have been mild.”

Coatsworth’s comments come as the list of symptoms for this variant were released by Dr Angelique Coetzee, from Pretoria, South Africa’s capital.
Dr Coetzee detailed that her patients were presenting with mild symptoms, which didn’t align with Covid patients she had treated previously. Interestingly, she had treated a family of four, who were all suffering from intense fatigue and rapid pulse, but had not experienced a loss of smell or taste.

“Their symptoms were so different and so mild from those I had treated before,” Dr Coetzee told The Telegraph.

Known symptoms of Omicron so far:

More to come as the situation develops.