The four key symptoms of Alzheimer’s you often overlook 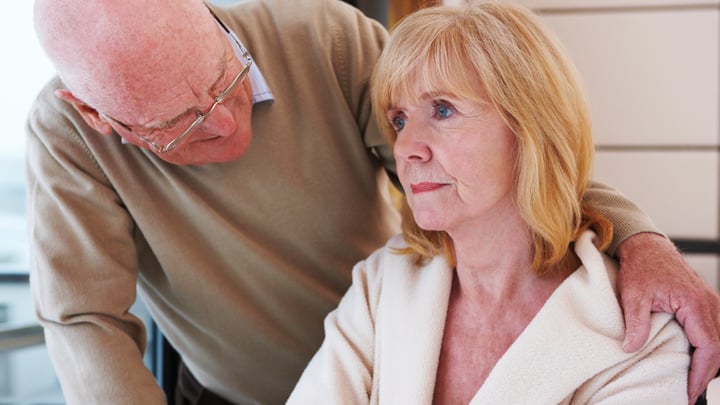 A lot of people think Alzheimer’s is memory loss but this new study warns that isn’t the case.
There are many different kinds of the degenerative disease and by failing to spot the tell-tale signs, many people are not diagnosed until much later.
And, for the same reason, few people with less obvious signs of the disease are involved in clinical trials.

Now, the latest research from Northwestern University’s Cognitive Neurology and Alzheimer’s Disease Center is attempted at changing our preconceptions.
“We wanted to describe these individuals to raise awareness about the early clinical and brain features of PPA [primary progressive aphasia] to develop metrics which would advocate for their inclusion in clinical trials targeting Alzheimer’s disease,” Dr Emily Rogalski said.
“These individuals are often excluded because they don’t have memory deficits, but they share the same disease [Alzheimer’s] that’s causing their symptoms.”
According to Dr Rogalski, your symptoms and kind of Alzheimer’s will depend on what part of the brain is affected.

And a doctor cannot know for sure where a person’s disease is rooted until after their death during a post-mortem examination.
However, there are some key markers of PPA that we may not immediately recognise as symptoms, reports Daily Mail.

UNUSUAL CONFIDENCE
First, lack of inhibitions.
This can be the case for many forms of Alzheimer’s, including PPA.
“Someone who was very shy may go up to grocery store clerk—who is a stranger—and try to give her a hug or kiss,” Dr Rogalski said.

LANGUAGE ISSUES
This is most clearly seen in patients with PPA.
Primary progressive aphasia is a particular form of dementia that causes declines in our ability to process speech and articulate words.
Patients may have slow or halting speech, decreased vocabulary, and misuse of words (saying ‘pan’ instead of ‘spoon’).

WRITING DIFFICULTIES
Someone who may have had no issues spelling words may suddenly begin to struggle.
They may also struggle with the physical act of writing, for example writing a check or signing a card.

READING DIFFICULTIES
It can become difficult to follow sentences through to the end, or to digest a full paragraph.

Did you know this?