‘How a tiny hearing device changed my relationship for the better’ 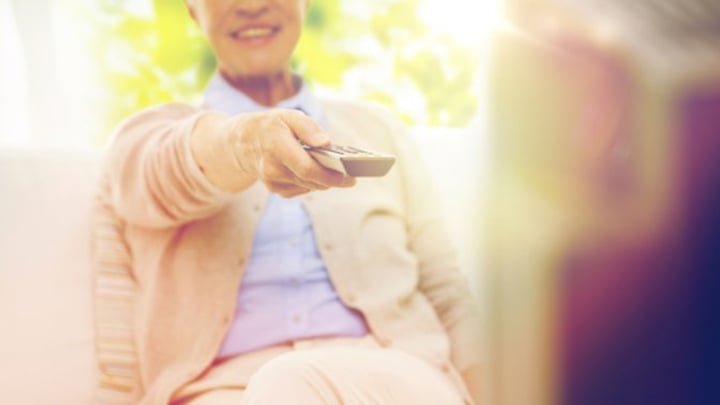 For more than 18 years of our marriage, my husband has suffered from hearing loss.

Adding to Steve’s frustration was the continual annoyance of tinnitus keeping him company.

We’re both keen lovers of nature and enjoy going out into the country or taking a walk along a beach on our weekly drives to get away from the bustle of city life. Sadly, the sound of a waterfall or birds singing in the trees was something he was usually unable to hear unless they were only a short distance away.

For years, I found it so terribly sad that he couldn’t hear these beautiful sounds of nature as I could.

Often while sitting at home, I often commented about how loud the rain is outside, but each time he only looked at me blankly. In recent years, he’d had to go outside to actually see the rain falling to know I wasn’t making it up.

As someone who wanted to see her husband enjoying life to the full, I would often suggest he go for a hearing test, but not surprisingly, as a former audiometrist himself, Steve felt knew better than me in that department and didn’t believe it would help his problem, especially to combat the tinnitus.

Consequently, I eventually got used to the television volume being loud and having to repeat things – often several times – although I still wasn’t happy with the situation and hated seeming to be yelling at him for no reason.

As an author, I mostly work from home.

Often after dinner, I wore industrial-style earmuffs purely to ensure my thought process wasn’t disturbed by the noise from the TV, which is only one wall away from the study.

But that all that changed about two months ago when Steve was given the opportunity to test drive the XTM hearing device through Australian Hearing.

The device is very small and not easily seen when fitted in his ear. There are no large pieces sitting behind the fleshy ridge of the ear, nor is there any screeching noise when he inserts or removes it.

As a bonus, there was no need for a hearing test as the device has four different volume levels for users to choose from. A soft plastic sleeve ensures a snug fit without the need for a mould being made.

For Steve, it was an easy transition with no fuss.

For me, the most welcome changes were having the television volume down to five bars instead of 15 as before, and not needing to wear the very hot and quite tight earmuffs at night to keep the noise out.

However, the biggest surprise was watching his face light up or show surprise when his hand brushed against the doona cover to find it actually makes a brushing noise, or when he realised the clock on the wall made a loud ticking noise – all the time!

Actually, the dishwasher hiss and swish in the background became an annoyance to him and he couldn’t believe that I had been putting up with it since we moved into our apartment 13 years ago.

Because the XTM allows him to hear all the extra background noise around the house – noises most of us have become accustomed to over the years – he usually only wears the amplifier while watching television or talking with others.

But I for one am a very happy camper, and I’m pretty sure he is too, even though he isn’t one to rave!

Has hearing loss affected your relationship? How have you dealt with it?