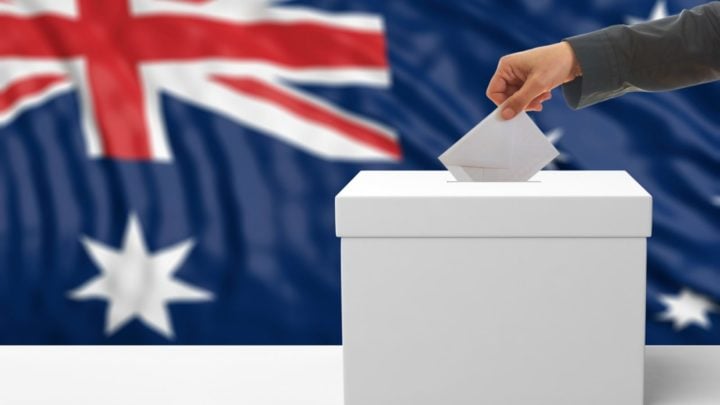 The election outcome was a watershed in Australian politics, when the people overwhelmingly repudiated Labor’s left-wing, high taxing agenda.

Think first about the Liberals. They had been in turmoil since Joe Hockey gave the leadership to Tony Abbott …who was dethroned by serial saboteur Malcolm Turnbull.

It was the Turnbull Government that reshaped the superannuation rules, restricting the amount that could be held in pension mode to $1.6 million a person. On any reasonable view, that was not a particularly onerous regulation, but the Libs’ retiree base took it very badly. There was a barrage of protests to local members, with many retirees even resigning from the party. Donations dried up right around the country.

The nadir came when Turnbull was dumped as leader, splitting the conservative side of politics right down the middle. Even the most conservative members of the party thought it was the wrong thing to do, despite their lack of affection for Turnbull.

Now think about Labor. Their opponents were in chaos, and it was almost a walk into government.

Bill Shorten had held his team together well, but it gradually moved to the left as courting the urban Greens became a major objective. Finally, things like moving the whole country to electric cars and stopping mines became their focus.

And then came the own goal. Chris Bowen figured he could raise $56 billion by abolishing the refund of franking credits to retirees.

This galvanised the conservative side of politics. They may have been unhappy about the Turnbull changes, but the attack by Bowen was a bridge way too far. And the irony is that Bowen’s data was faulty. It was based on modelling done by the Parliamentary Budget Office (PBO) for 2015–16 and took no account of the massive changes to the system made by the Turnbull government.

I raised this repeatedly with Bowen’s office, pointing out the faults in their reasoning, but the stock answer was always the same: “It’s based on PBO modelling”.

Furthermore, the tax was easy to avoid. As I wrote at the time: “This is another mining tax – it will raise nothing”.

The whole political scene has changed. Turnbull, Abbott, Julie Bishop, Christopher Pyne, Julia Banks (Independent ex-Liberal) and Kerryn Phelps (Independent) have all departed the scene. The Liberal party is now in the perfect position to regroup under Scott Morrison, who has proved himself to be a highly effective leader. Labor finds itself with the possibility of three or more years in the wilderness.

As Shadow Agricultural Minister Joel Fitzgibbons put it on ABC radio, the move to the left and alliance with the Greens was Labor’s undoing.

The Greens have made no secret of their vision for Australia. As I walked to the polling booth I passed a sea of Green placards all with the same message: anti-big business, anti-mining and higher taxes on everything. Which translates as anti-jobs.

Fitzgibbons also said that if Labor is not prepared to focus once again on the ordinary working people who used to be their base, they are doomed — and of course he is right. As I pointed out recently, how could a party that claims to champion both workers and women plan to remove catch-up super contributions — designed to help women make up for time out of the workforce — and remove the right of most workers to make superannuation contributions and claim the same tax deductions as other workers.

It’s all about tax!

The next most important source of revenue is company tax. Australia has one of the highest company tax rates in the world and we need to reduce it to be more competitive. But we need to raise money from other sources to do this.

The next source of income is royalties, and one of our biggest sources of royalties is the coal industry, which contributes over $6 billion a year to state governments. Coal is now our largest export as well as the dominant fuel in our energy mix. Yet the Left want to ban coal mines – if that happened our national income would plummet.

Where Australia sits well behind the rest of the world is in its consumption tax. Thanks to some courageous work by John Howard, GST was introduced in July 2000. Ironically, that only got up because of the support of Meg Lees of the then-Australian Democrats. It cost her her job, as the party rebelled, but at least we got a GST in place.

The reality is that we have an ageing population with a decreasing number of taxpayers paying income tax to fund the growing number of retirees who pay no income tax. If we accept that those who remain to pay income tax are being squeezed, that company taxes may drop, not rise, and that income from royalties is under threat, the obvious solution is to raise the GST from 10 per cent to 15 per cent with no exceptions. Given the adversarial nature of politics that is most unlikely. But it’s a debate we have to have.

I couldn’t resist the right of reply, tweeting: “Wouldn’t we all — no capital gains tax, no payroll tax, no stamp duty, and a top personal tax rate of 33 per cent on incomes over $70,000. The exact opposite of what Labor was proposing”.

Do you think Noel’s got it right when it comes to election outcome and the changes needed to Australia’s taxation system?