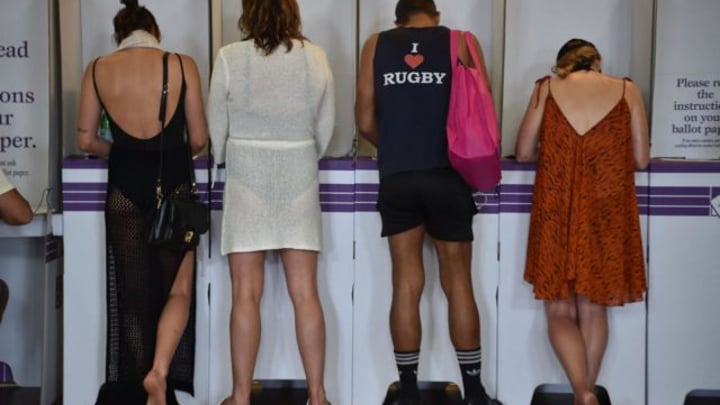 I eagerly watched the result of the Wentworth by-election last year. At the time I felt the result would cause – because of the unfortunate situation the Liberals were in – a political disaster in the lead up to this year’s federal election. I predicted that bickering and back-biting would soar to new heights.

However, was there a faint light of hope for us all, hidden somewhere within the Wentworth result? Was it possibly the beginning of something new and hopeful in Australian politics? It could well have been perceived that the people of Wentworth had decided ‘enough is enough’ where old, established party politics is concerned.

I’ve noticed things at present tend to follow a particular format. If you are in one party and vote for something, the other party is duty bound to vote against it, regardless of whether the proposition has any value or not. It is ugly, useless and kills any opportunity of progress; it is designed to swell the egos of members in either major party and has little or no consideration for what action is really required for the betterment of the constituents. In my opinion, once a person is elected they have little more to do than follow the party line.

Yet, if I look at that result in Wentworth, I feel it has given a new breed of politician a change. It is that chance that is still no more than a small seedling, but something that could grow into a magnificent new tree of true democracy – at last! I do not consider Dr Kerryn Phelps perfect by any means, but she may be the beginning of an era where the people of Australia vote for ordinary, caring and sincere individuals to run things for us, instead of the horror of party politics. Imagine the debating chamber at Canberra, full of like-minded people all working together to get things done, no divisions of red and blue (or green!), no bickering or insulting behaviour, no division bells, just a group, sorting out the finer details of an idea, to make it work to the best advantage of the country!

I know all this is a fairy tale, too much to hope for, but there must be some very worried people in the halls of power who, like me, are visualising something like this happening, which would bring their nasty little world crashing down and allow a breath of fresh air to flow through parliament. ‘The times they are ‘a changing’, as the song goes, and I feel any change that gets us away from the present situation will be better than now, providing the right people get elected to serve us of course.

That is the weak link, the political parties will fight tooth-and-nail for the present system to continue, they have far too much to lose, for their greedy little minds to allow it, if they can avoid it. They have the advantage of being organised as well, which we, the public, do not.

The other impossible dream many of us hold dear is the desire to get rid of proportional representation, a situation which would have, ironically, had it been operating at the time, given the Liberals a win at Wentworth! British politics and the politics of many other countries operate on the basis of ‘first past the post’ and it seems to work quite satisfactorily for them, so why not for us. In every other walk of life this is the norm – imagine, when placing a bet on a horse race you had to give your second and third choice as well, not as an accumulator bet, but as a system where the second horse could be declared the winner because it got the most preferences, despite being two and a half lengths behind the first horse!

I know there is also a quite strong feeling in favour of doing away with compulsory voting, but on that one I am not quite so certain. I do know that in countries where it is not the rule, so few people actually vote that even the winner can only claim about 15 per cent of the populace to have voted them in. In many cases the number of non-voters is more than the total number of people who actually voted, and that seems ridiculous to me, giving no real mandate to the winner at all!

It all depends on how strongly we all feel about the necessity for change, disorganised or not. As I said, it may well be an impossible dream, but if we were all passionate enough about it surely the people can win in the end. One can but hope!

Would you like to see changes to Australia’s voting system that do away with preferences? Have you decided what party will be receiving your votes this federal election?