‘How rude! Why is there no time to open gifts at parties anymore?’ 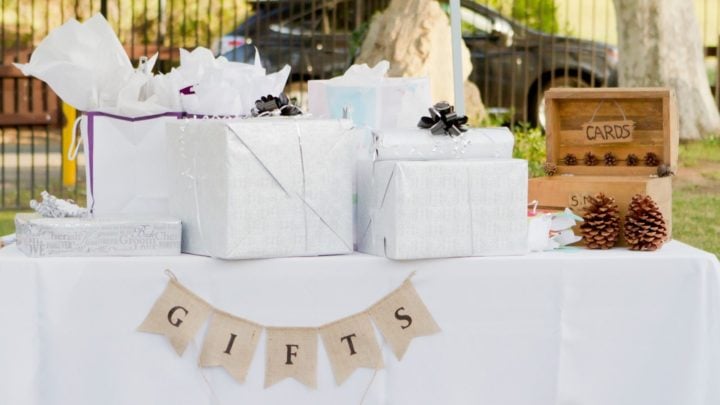 Pamela wishes gifts were still opened on the day of the party in front of guests.

I have noticed over recent years that parties from kids to adults have lost one of the most fun things of the day, the opening of the gifts. I remember looking forward to bringing a present to the party and seeing the excitement build as the day wore on, until the person of the moment sat surrounded by presents of various shapes and sizes and begun the task of unwrapping.

The guessing would start, trying to work out whose present was the most decorated, the hidden shape suggesting something trivial or practical and then seeing a pleased expression when trivial won out. Sometimes two or three had bought the same gift, probably in the days before the gift registry.

Once opened, it was time to walk over to the display and admire each one, ensuring you didn’t miss gushing over the ones you didn’t really like because you didn’t want to appear rude. Of course the present you brought was secretly the best one! Cards were also looked over and admired, sometimes there were tears at the beautiful words penned to the recipient.

It was a special time and somehow along the way times changed and presents remain unopened until hours later or even the following day when guests had left. Distance meant it wasn’t always possible to return the following day.

During the past couple of years, our family have experienced three 21s, an engagement, a baby shower, a first birthday and a bridal shower. A wedding is coming soon. I haven’t seen any of the present openings as they weren’t opened until a day or so later.

I’m very disappointed and I know I’m not the only one. Other family members have expressed their concern as well. It might seem like a first world problem, however it used to be a highlight of the day in previous years.

The Wishing Well has taken over as the preferred means of gift giving. I’m all for young couples wanting money to put towards a home or a holiday, but I like to actually give something so that in years to come I will be remembered as having put thought into what I chose. I don’t mind the gift registry, it helps to know what to get if inspiration eludes you.

I hope this situation goes full circle and in the future parties are planned so the gift opening is a priority.

What do you think about this change of etiquette? Do you prefer gifts to be open at the party where they are received?