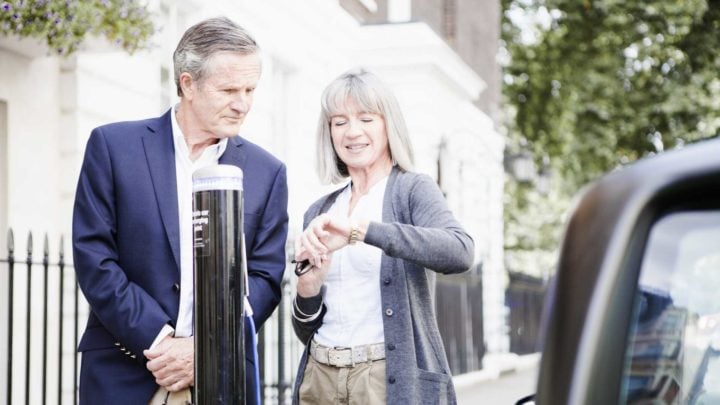 "At this rate we should arrive in Adelaide, South Australia in 2020." Source: Getty Images

This current Australian federal election seems to be predominately about the environment. A policy determining that 50 per cent of new cars sold by 2030 will be electric seems to be one that stands out. Governments can put lots of things forward, but to mandate what type of vehicle people will drive is a bit Communistic.

The reason for the policy would seem to be to encourage people to swap vehicle types from fossil fuels to more environmentally sympathetic types. Why? Because the carbon dioxide (CO2) emissions from petrol and diesel vehicles add significantly to the total emissions of pollutants in the atmosphere.

When the Labor party announced it would reduce carbon emissions by 45 per cent, it became clear this could only be achieved if changes to fossil fuel power production – and other areas – was undertaken. Vehicles would seemingly assist this policy promise if the Labor party has its way. In my opinion, to meet this reduction figure (45 per cent) there would need to be a reduction in emissions from a number of sources, vehicular emissions included.

Since I do not currently own or drive an electric car I would have to buy one. I would also have to obtain a means of fuelling it, a charging station. Because of this I did some research.

Currently, I live in a complex of 119 units. All residents have two car parking spaces and although I only have one vehicle I would have to get the complex to install a charging station for my electric vehicle. This would apply to all owners at some point. We would need at least one charger in one of the owners car parks, that way if the owner had more than one vehicle these could be rotated to be charged. This would mean 119 charging stations. I don’t believe this would include the visitors parking areas.

Who would pay for this property? Would it be the complex’s sinking fund (a fund that in place to purchase capital requirements and is part of a complex’s overall levies) or the owners? If it was the sinking fund, the charger could be rented back to the owner as part of their levies. This could be at about $20 to $50 per week, depending on the actual cost and how soon the complex would need the payment back. The power used would be billed directly to the owner.

I’d consider this the best option rather than each owner paying up to $10,000 (based on current costs and excluding any reduction in costs in the coming years) each in one go. These charging stations would be a possible single model to achieve a single top up overnight or in an agreed timeframe. Possibly 8-10 minutes according to politicians if that was needed.

Available chargers on the market

According to an article published by Bloomberg in April, the fastest chargers available — produced by companies including ABB and Tritium — that could refill a car battery within minutes include:

The charging speeds differ between vehicles and battery types, but could give you anywhere between 0.16 kilometres and 32.18km per minute of charge.

Currently there are a few vehicle models available ranging from $40,000 for a small EV to $150,000 for a more normal size sedan (Tesla or BMW or similar). It has been stated by politicians these prices would reduce significantly in the next 10 years. It has also been stated that most car manufacturers are going to stop making petrol fuelled vehicles over this period so achieving the 50 per cent would be easy if that was the case?

There are one or two issues with this scenario though. I bought a new car two years ago (a Mazda 3) it cost $26,000 significantly cheaper than the cheapest EV at this time, so it would require the current EV vehicles to drop by 50 per cent or more to allow me and my wife to be able to purchase one, particularly since we are both pensioners.

I suppose not being on a politician’s pay packet was not taken into consideration when the Labor policy was spewed out. I would assume the cost of an EV will drop, but I think it will still be around $40,000 to buy a normal sized sedan. A new model released recently was $60,000 — a Kona with a distance of 449km. The question I have is at what settings? This political period has produced a number of problems and I consider this a major problem.

The cost of running these vehicles would be reasonably expensive to the grid if we have say half a million cars that are EV. My wife and I have travelled to Adelaide form the Gold Coast — that’s 5,000km. It takes 26 hours to drive on petrol, but to do the same on EV at this stage would be on an Ultra-fast charger only three hours, 28 hours using a regular fast charger. That means at this point in time it would take between three and four days to get to Adelaide. This would mean a significant increase in cost for any delivery.

I cannot give data for 2030, but the cost at this time electric cars be way out of my (and I think a significant number of people’s) league. It will be interesting to see the government with all EV cars if Labor wins the election and also the majority of the front bench, but no doubt it is the taxpayer who will pay for them. I can’t say I’ll be placing my vote with Labor.

What are your thoughts on electric cars for the future? Have you given consideration to any of the political policy promises, like this reader has?