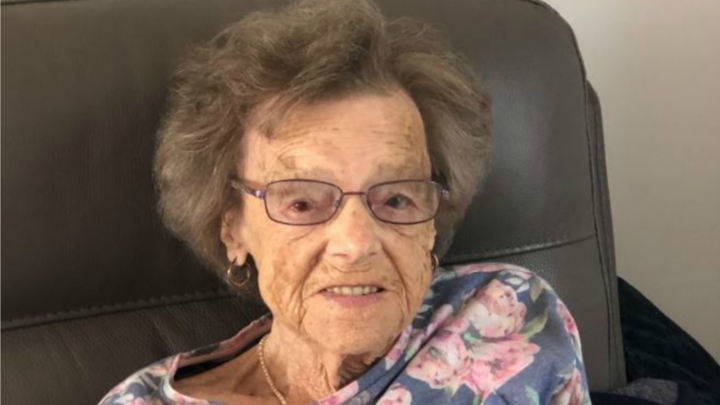 An elderly woman from the United Kingdom has died of a broken heart two months after three men pretending to be police officers ransacked her home. Betty Munroe, 93, was pronounced dead on Wednesday after she was diagnosed with post-traumatic stress disorder (PTSD) as a result of the shocking incident, Northamptonshire Police said.

Munroe, who was living independently, was at her home in Northampton on June 11 when three men posing as police officers forced their way in and ransacked her house in front of her. The burglars stole all of her jewellery, including her late husband’s watch, her purse and bank cards, and a gold chain from around her neck.

Police said Munroe’s health deteriorated very quickly and she was diagnosed with PTSD after she suffered recurring nightmares, had trouble sleeping and was unable to stop shaking after the sickening attack. Eventually she was taken to hospital where she was diagnosed with Takotsubo Syndrome, otherwise known as broken heart syndrome.

Detective Inspector Simon Barnes said in a statement the incident was one of the saddest cases he had come across during his career and “a stark reminder of how deeply a burglary can affect a victim”. He added: “Betty was in good health before this incident but she deteriorated very quickly after it and sadly died in her care home this week, surrounded by her family.”

Meanwhile, Munroe’s family said the distressing circumstances of their “lovely mum’s death” have caused them “so much sorrow”. “Before the burglary she was happy and living independently in her home of 56 years,” the family said in a statement.

“The violent actions of these callous individuals robbed her not only of precious possessions, but of her sense of security and peace and the will to go on. All the generations of our family who owe her so much are bereft at her death.”

Meanwhile it comes after research published by Rice University in the Psychoneuroendocrinology Journal found that a broken heart can be fatal. The study, which analysed the impact grief has on human health, built on previous studies which have examined the risk factors of inflammation.

For the Grief, Depressive Symptoms and Inflammation in the Spousally Bereaved study, researchers conducted interviews and analysed blood samples of 99 people whose partners had recently passed away. Participants included in the study showed a variety of symptoms of elevated grief including pining for their loved one who passed away, difficulty moving on, a sense that life had become meaningless and trouble accepting the reality of loss. Some in the study didn’t exhibit any of these behaviours.

“Previous research has shown that inflammation contributes to almost every disease in older adulthood,” lead author Chris Fagundes said in a statement. “We also know that depression is linked to higher levels of inflammation, and those who lose a spouse are at considerably higher risk of major depression, heart attack, stroke and premature mortality.”

The study is the first in the world to confirm that grief – regardless of a person’s level of depressive symptoms – can promote inflammation. It is one of many studies that have investigated how bereavement can impact health and how different human behaviours and activities increase inflammation levels in the body.

The latest findings come several months after research published in the Psychotherapy and Psychosomatics Journal claimed taking two aspirin pills following the death of a loved one can decrease the chance of experiencing heart complications associated with grief. The risk of a heart attack can increase 21.1-fold in the 24 hours following the passing of a loved one, although aspirin can lower the levels of risk factors linked with heart attack and help people recover physically from loss quicker. That study found bereavement can increase blood pressure and cause heart rate to rise rapidly, while blood vessels can become restricted and cholesterol plaque can build up in the blood.

What are your thoughts on this story? Do you think it’s possible to die from a broken heart?