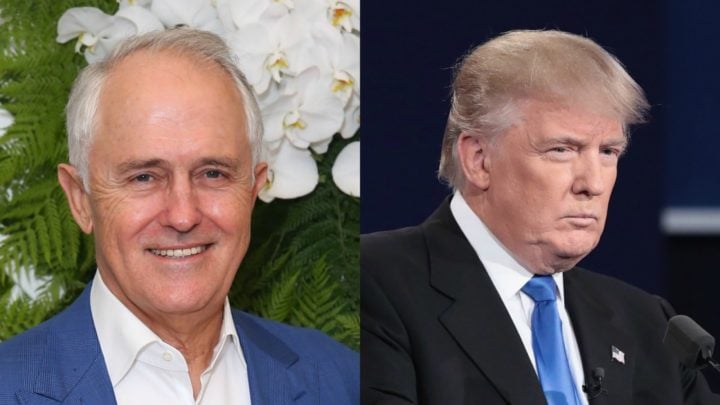 Australia reportedly welcomed two Rwandan men who were accused of murdering tourists in 1999 into the country last year, after allegedly striking up a deal with America.

US media outlet Politico claims Leonidas Bimenyimana and Gregoire Nyaminan arrived in Australia in November as part of a so called ‘refugee swap deal’ allegedly negotiated by former prime minister Malcolm Turnbull and the Obama administration.

According to the media outlet, the men have been accused of being involved in the deaths of eight tourists in Uganda decades ago and had up until last year been kept in US immigration detention. They have not been convicted of the crimes.

It is claimed by multiple media reports that Turnbull and Obama signed a deal in 2016 that would see America take in a total of 1,250 refugees who were living on Manus Island, while Australia apparently agreed to take people that the Obama administration was “very keen on getting out of the United States”, the Sydney Morning Herald reports. Bimenyimana and Nyamina were reportedly part of that deal.

Scott Morrison has since commented on the claims, the SMH reports, telling reporters: “Every single person that comes to Australia under any such arrangements is the subject of both character and security assessments by Australian security agencies and our immigration authorities.”

The men are said to have been members of a Hutu militia linked to the Rwandan genocide and had allegedly murdered eight people including two New Zealanders. According to Politico, they were charged with terrorism offences and US prosecutors had demanded the death penalty.

Although the men, along with a third, reportedly confessed to their alleged crimes, the case was dropped in 2006 after it was revealed they had been tortured in a Rwandan detention centre.

The third man, Francois Karake, spoke to Politico about the turn of events, claiming he had previously met with an Australian embassy official, however, still remains in America.

Last November the two were reportedly accepted into Australia however, it is unknown what visa they travelled to the country on. According to Politico sources close to the men told the publication they were accepted as “humanitarian” migrants.

Speaking about the claims, mother of one of the New Zealand victims Jean Strathern told Politico she was shocked by the apparent decision to transfer the men to Australia.

“You’re absolutely joking,” she told the publication. “You’re not kidding me, are you? We are absolutely blown away, absolutely. Wow. It makes shivers run down your spine. They’re only two, three hours away on a plane.

She added: “I hope they’re on one of those islands and they have to swim to get back to Australia. We’re a bit too close for comfort.”

Starts at 60 has contacted the Home Affairs Department for comment.