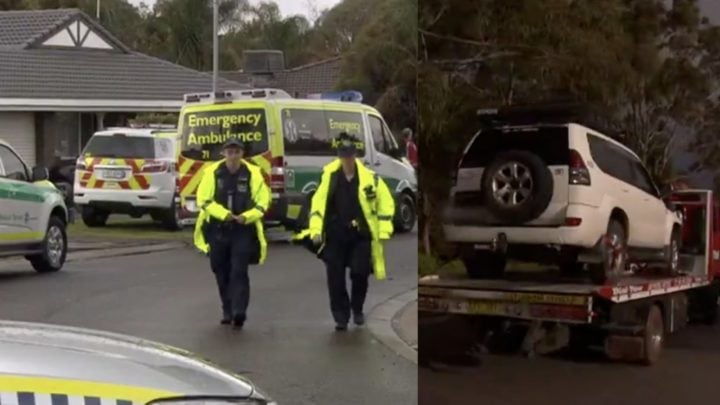 The toddler was pronounced dead at the scene on Saturday. Source: Twitter/7News Adelaide.

A two-year-old boy has tragically died after being run over by the family car in the backyard of a home in South Australia on Saturday.

The young boy, reported to be the youngest of six siblings, was pronounced dead at the scene after being struck by a four-wheel drive car, despite efforts by paramedics to resuscitate the toddler.

South Australia Police confirmed the tragic news in a statement, confirming they were called to a property in Angle Vale just after 11.30am on Saturday. An investigation has now been launched into the incident.

An Angle Vale family has been devastated by an unthinkable tragedy, losing a toddler in a horror accident in their own backyard. @GertieSpurling7 #7NEWS pic.twitter.com/SykA039wLK