Should Australia ban smacking? Study finds smacking kids is a form of ‘abuse’ 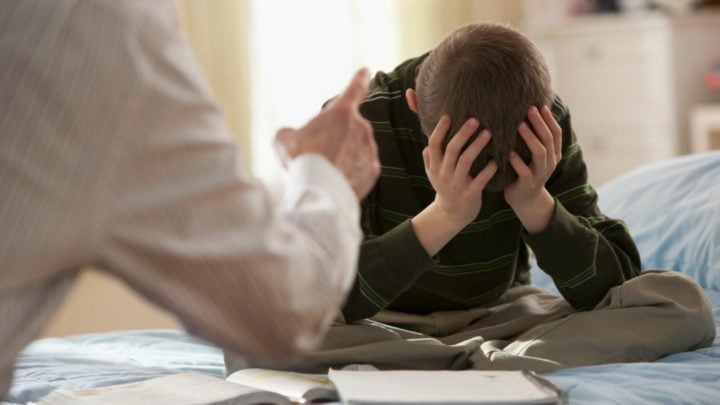 The study found that smacking children has no positive effects. Source: Getty.

It’s a topic most parents and grandparents have an opinion on and experts in the US have now warned that smacking makes children’s behaviour worse not better and is a form of child “abuse”.

While many parents use a smack as a way of disciplining their children, a new US study of more than 2,000 children found no evidence that smacking had a positive effect.

So far, 59 countries — but not Australia — have full bans on smacking. These include Germany, Spain, Ireland, the Netherlands, Israel, Brazil, and France.

Kerry Chikarovski weighed in on the debate, telling Sunrise on Friday morning that “smacking should never be used as a normal form of punishment”.

“Now, there are all sorts of other things, take away all their devices… I don’t think we should be encouraging the smacking of children. Do we ban it? Do we make it a criminal offense? I certainly think if it’s used regularly and aggressively against children those people will need to be challenged.”

Viewers back at home were quick to have their say on the topic, arguing that smacking teaches children respect.

“That’s why today’s kids are out of control nothing wrong with a smack,” one commentator wrote. “Kids aren’t being taught common respect for others and are lacking discipline. Come on why do you think there is so much bullying going on. Makes me sick.”

Another viewer wrote: “I call BS! My generation was smacked and we learned respect amongst other things and I never felt unloved by my parents… actually the complete opposite. That they loved me and cared about how I was raised. Look at the disrespectful youth walking around these days with no accountability for what they do or how they treat others.”

In Australia, corporal punishment by a parent or carer is lawful and is not considered child abuse provided that it is “reasonable”, according to the Australian Institute of Family Studies.

Should more parents smack their kids when they’re misbehaving? How did you discipline your children?