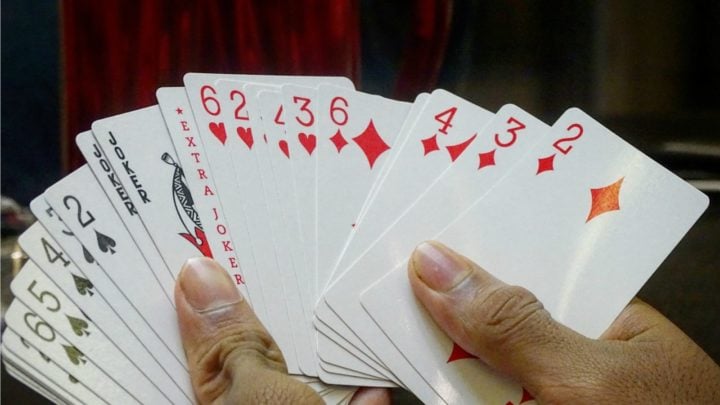 Nurses responded to Maureen Walsh's comments by posting hilarious photos on social media and inundating the senator's office with thousands of decks of cards. Source: Pexels

Anyone who’s been treated in hospital knows just how vital nurses are when it comes to your recovery. While doctors play a vital role in operations and diagnosis’, it’s nurses who are responsible for the daily medication and care of patients.

But recent comments by US Republican state senator Maureen Walsh have now sparked anger and criticism. While debating a bill on the Senate floor earlier this month about legislation that would provide nurses with uninterrupted meal and rest breaks, Walsh claimed such legislation would make it difficult for smaller hospitals to stay open and appeared to claim many nurses spend their time playing cards.

“I’m in an underserved area and all we’re doing is making it more difficult to be served,” she said of the proposed legislation. “I understand helping with employees and making sure we have rest breaks and things like that, but I also understand that we need to care for patients first and foremost.”

She explained that the legislation would help just a “handful” of individuals who already get breaks, before making the card comment that has angered many in the nursing profession.

“They probably play cards for a considerable amount of the day,” she said. “The reality is this bill does not apply to critical access hospitals.”

Seeing the comments, nurses right across America have taken to social media to mock what was said about them, with many sharing hilarious (and fake) photographs of themselves playing cards at work and in hospitals.

In one snap shared on Twitter, nurses can be seen playing cards over what is meant to be a patient in a hospital bed.

This picture is making the rounds on social media after Washington State Senator #MaureenWalsh suggested that #nurses at small hospitals, quote: "probably play cards for a considerable amount of the day." Nurses now outraged. Walsh says she has respect for nurses. @WTNH pic.twitter.com/fyIzkMuzFz

“Just out here playin’ cards at the trauma center (sic),” another nurse quipped on Twitter, alongside a photograph of her team dressed in scrubs with playing cards in their hands.

Another nurse on Instagram shared a photo of herself with cards.

“Just at work, feeling cute, playing cards,” she wrote. “JK [jokes], I don’t even know how to play cards.”

Others directly contacted Walsh by sending decks of playing cards to her office. Walsh confirmed via a statement that 1,700 decks had been delivered to her office at the Capitol in Olympia from all across the United States. Walsh’s office also received 10,000 emails and more than 35,000 calls after the footage of her comments went viral.

More than half a million people also signed a petition urging Walsh to shadow a nurse for a day on a 12-hour shift, something she said she would gladly do and accept.

“I wish I could take my words back, but the issue remains important,” she said in a statement. “Our critical access hospitals serve an important role in smaller communities across the state. Many already are operating in the red, and this could put them under.

“If in fact I insulted anybody – and apparently I insulted a lot of people – I truly do wish to apologise for those comments.”

She also joked that while she enjoys playing poker, she didn’t want to be sent any more cards.

““I like poker as much as anyone, but I think I’m pretty well stocked up right now,” she added. “One thing’s for sure. It’s a good time to be in the playing-card business.”

Walsh’s own mother was a registered nurse and that she has “nothing but respect and absolute admiration” for their work.

Do you know anyone who’s a nurse? Do you think they play cards all day?