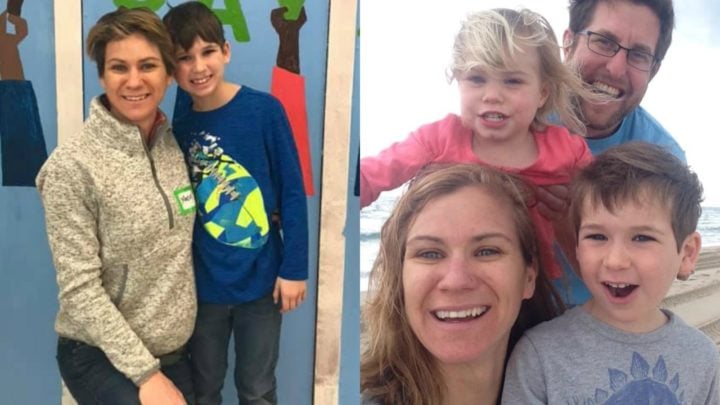 The husband of Robert F. Kennedy’s granddaughter has posted a moving tribute to his wife Maeve Kennedy McKean and eight-year-old son Gideon Joseph Kennedy McKean, who went missing after a tragic boating accident.

The pair went missing Thursday evening after they tried to retrieve a lost ball from a bay in a canoe in the Chesapeake Bay area in Maryland. According to the New York Post, the pair were kicking a ball when it fell into the water. The mother and son then went out in a canoe to try and retrieve it but never returned.

“It has been more than 24 hours, and the chances they have survived are impossibly small,” David wrote. “It is clear that Maeve and Gideon have passed away.”

He then paid tribute to his wife, saying, “She was my best friend and my soulmate. I have already thought many times over today that I need to remember to tell Maeve about something that’s happening.

“I am terrified by the idea that this will fade over time. You could hear Maeve’s laugh a block away—and she laughed a lot”

The father-of-three also paid tribute to his late son, Gideon.

“Gideon was 8, but he may as well have been 38,” he wrote. “He was deeply compassionate, declining to sing children’s songs if they contained a hint of animals or people being treated cruelly.

“It is impossible to sum up Gideon here. I am heartbroken to even have to try. I used to marvel at him as a toddler and worry that he was too perfect to exist in this world. It seems to me now that he was.”

Many Facebook users were quick to offer their condonleonces, with one writing: “My heart breaks for you and your family. I am so sorry for your loss.”

Another added: “This is so incredibly sad. I am so,so sorry for your loss. My thoughts and prayers are with your family.” While a third wrote: “What a beautiful tribute to your family. My heart hurts for you. I hope you get to a place of peace over their passing soon.”