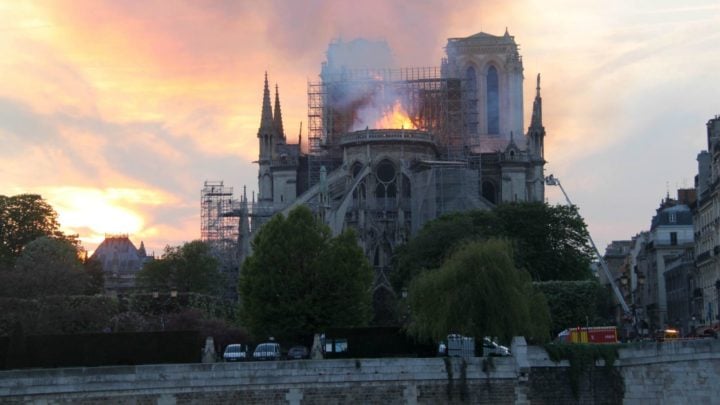 An electrical short circuit is thought to be the cause of the fire that severely damaged the famous Notre Dame Cathedral in Paris, according to officials.

The Sun reports that the official, who did not wish to be named, said investigators still do not have the green light to work in the cathedral or search in the rubble due to safety concerns, as its fragile walls were still being reinforced with wooden planks.

Meanwhile, earlier this week officials claimed that the catastrophic fire was potentially linked to renovation works that were ongoing on the cathedral.

The historic building, visited by millions of travellers each year, housed some of the world’s most prized relics, including Jesus Christ’s Crown of Thorns. According to a spokesperson for the cathedral the fire broke out at around 4.50pm on Monday afternoon (French local time), The Guardian reports.

Many people, including some of the world’s wealthiest businessmen, have pledged cash to help with the restoration effort to rebuild the iconic Paris attraction, and now classical musician Andre Rieu has joined the charge with a generous donation of his own.

The 69-year-old violinist has offered up an incredible 700 tonnes of steel to be used as scaffolding whilst the world-renowned church is rebuilt. However, fans of Rieu who have seen him perform live may recognise the metal structure as the elaborate palace replica which he uses as a backdrop on stage.