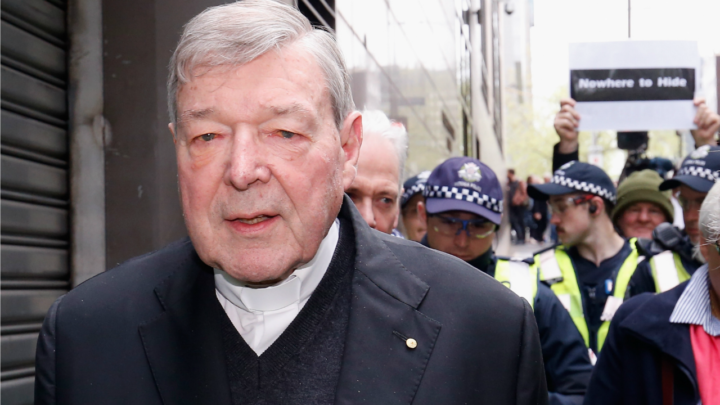 George Pell is currently serving a maximum six-year prison sentence for the oral rape of a choirboy and the sexual assault of another. Source: Getty

Cardinal George Pell has lodged a special leave application with the High Court to try to overturn his child sex abuse convictions. Pell is currently serving a maximum six-year prison sentence for the oral rape of a choirboy and the sexual assault of another. He will become eligible for parole after three years and eight months.

The 78-year-old former advisor to the Pope and his legal team had until Wednesday to file an application to the High Court. According to The Sydney Morning Herald, the matter will be considered by a panel and either dismissed, or Pell’s lawyers will be called to a brief hearing for further consideration.

If leave to appeal is granted, it is likely to be a further four to six months before his case is heard. But there is no guarantee the High Court will agree to hear the appeal. It comes after the cardinal’s first appeal against his convictions for child sexual offences was dismissed last month.

Prime Minister Scott Morrison spoke following the outcome of the appeal, telling reporters in Canberra at the time: “My understanding is that this (appeal loss) would result in the stripping of the honours that are decided externally to the government. That is a process that is done independently, and that course will now follow.”

Pell was convicted of five counts of child sexual abuse in December last year at Melbourne’s county court, following a unanimous verdict from the jury. The former Archbishop of Melbourne was found guilty of sexually penetrating a child under the age of 16, which the victim’s lawyer reportedly likened to “oral rape”, and four charges of an indecent act with a child under the age of 16.

According to multiple reports Pell’s legal team argued an appeal claiming the verdicts were unreasonable and that insufficient evidence was provided in relation to the crimes in the late 1990s. They produced a list of 13 reasons why Pell could not have carried out the abuse such as his supposed location in the cathedral at the time of the incidents.

This was despite the graphic details of the assaults that were heard in court. In the first instance, Pell reportedly confronted the two boys in the priests’ sacristy of St Patrick’s Cathedral, undoing his pants and forcing the head of one of the boys close to his genitals. He allegedly then moved to the second boy and put his penis in the boy’s mouth.