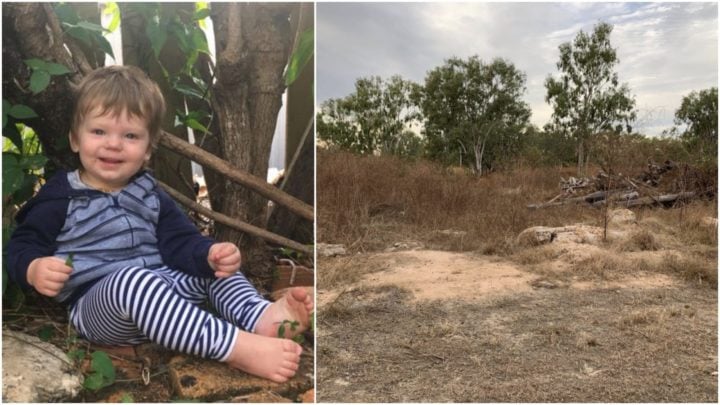 Fears are growing for a two-year-old boy after he went missing from a remote cattle station, in an area that is a known crocodile habitat.

Police have confirmed that Ruben Scott was last seen near the Koolatah Station homestead, on the western side of Cape York Peninsula, at around 5pm on Tuesday.

His aunt has now shared her pleas for help finding him on Facebook, writing: “Come home baby please Aunty Reesey misses you we all miss you.”

Police have confirmed that officers, along with SES personnel and staff from the cattle property, plus rangers and workers from a construction site in Kowanyama are all involved with an extensive search across land (on foot and in vehicles), as well as in the air in two private helicopters. Two drones are also being used.

Cape Patrol Inspector Mark Henderson, who has travelled to the property, said the search would continue throughout today and into the night.

“This property is located in remote western Queensland, in the gulf country. The countryside itself is rugged and challenging,” he said in a statement.

“We’ve brought in additional resources and flown in assets to assist with the search.

“The local community here and in Kowanyama have been great and I’d like to thank everyone for their on-going efforts in trying to find this little boy.”