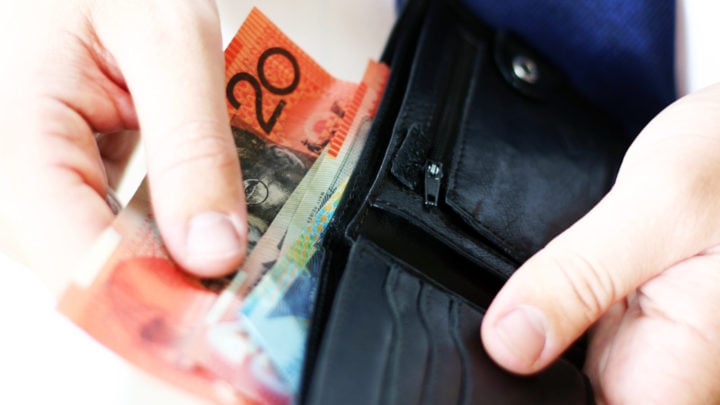 A new poll has revealed that Baby Boomers are way more generous than younger generations when it comes to tipping. Source: Getty.

Depending where you live in the world, your views on tipping staff could be vastly different, however a new study has revealed that it’s not just geography that plays a role in how much we tip, finding that age and gender play a role too.

Experts at Creditcards.com crunched the numbers to reveal who is the most generous when it comes to leaving a tip after a nice meal or throwing your hairdresser a few extra bucks as a way of showing your appreciation towards your a new ‘do – with the results exposing stark differences between generations.

More than 2,500 Americans took part in the poll which found that Baby Boomers were among the most generous tippers, with 89 per cent of those born between 1946 and 1964 insisting they always tip restaurant staff, while 73 per cent of Boomers said they tip hairstylists and 72 per cent leaving a little extra for takeaway delivery drivers.

In comparison, Millennials (those born between X and X) were exposed as the poorest tippers, with just 66 per cent leaving extra cash for the staff after a meal out, while 56per cent said they tip food delivery drivers and just over half admitted to tipping their hairdresser.

Ted Rossman, industry analyst at CreditCards.com, said that many millennials seem to have a cultural aversion to tipping.

“In last year’s survey, we asked if people would be willing to pay more for restaurant meals if tipping were abolished, and millennials were the most likely to say yes,” Rossman said. “That’s why I think it’s more nuanced than ‘millennials generally have less money than boomers.”

While Assistant Professor of Marketing Emily Grabinsky says Millennials are used to having services that are tailored towards them specifically, so may be less likely to reward purely good service.

“It might be that baby boomers simply desire sufficient service, whereas millennials want services that feel tailored specifically to them,” she added.

However while Millennials were less likely to tip, when they did it was revealed that they tend to leave more, giving 22 percent of the total bill cost on average at restaurants, while boomers usually leave just 17 percent.

The poll also revealed that women are significantly more likely to leave a tip than their male counterparts, with 80 per cent of woman admitting to tipping wait staff, food delivery drivers (66 per cent) and hairstylists (66 per cent), compared to men.

And not surprisingly those who had previously worked in an industry where gratuities are the norm were more likely to tip restaurant servers, baristas, housekeeps and teachers than those who haven’t.

Do you regularly leave tips? Are you more likely to tip restaurant staff than anyone else?