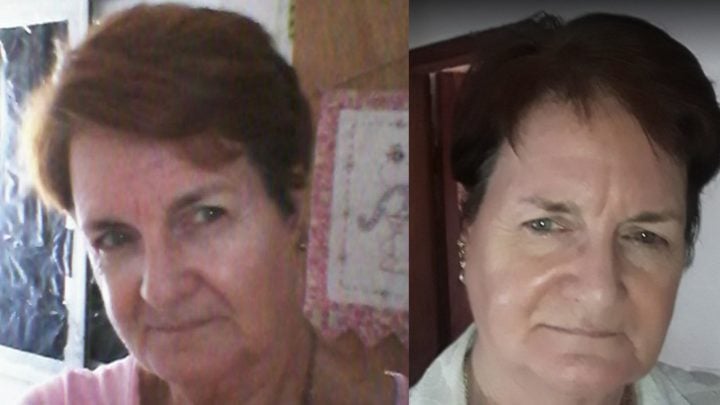 Pamela is fighting for a way to return home to Australia. Source: Supplied.

An Aussie mother has pleaded for help to return home after allegedly being drained of her life savings by her husband before being left stranded in Africa for the last four years.

Pamela Stuart, 70, first met her Ivorian spouse – who is 20 years her junior – on Facebook in 2007 before enjoying a three-year online romance which led to her flying across the world to marry him. However, after agreeing to give up five years of her life to live there, she discovered he’d been hiding a web of lies.

Now, telling her heartbreaking story to Starts at 60, Pamela is pleading for help to fund her airfare back home after spending the last four years alone in a foreign country – barely able to pay the bills.

Pamela first began to fall in love with her spouse – who she’s chosen to keep anonymous – after spending every night for three years chatting to him on the social media site. She eventually made the bold choice to fly out to his home town of Abidjan in Cote d’Ivoire, West Africa, to meet him in 2010, and their romance quickly heated up from there.

The pair married just a few months after Pamela arrived and she immediately agreed to fly back to Australia to secure a partner visa in order for her husband to enter Australia and live with her. After three years and two appeals, the visa was rejected so Pamela and her husband agreed she would travel back to Abidjan, where they would live together for five years. However, after returning to Abidjan in 2014, their happy love story quickly turned sour.

“When I arrived all was well for three months, then things drastically changed,” Pamela explained. “My husband was struggling to find work so I gave him some money from my savings to apply at an agency.

“From there, he began receiving strange phone calls. He would leave the room and I could hear him yelling at someone on his mobile. Eventually he told me he was in major debt to a loan shark here.”

Worried for her husband, Pamela offered to help him pay off the loan – but as they continued to demand more and more money, she quickly ran out of enough funds to help.

“I was absolutely beside myself when my husband told me about the debt,” she added. “He had lied to me previously, but to no great extent. But I never imagined that a loan shark would ever give him so much money.”

Unable to cough up any more cash, Pamela eventually had to refuse her husband’s demands and it led to him disappearing completely, having drained almost all of her savings.

Furious at the outcome, Pamela threw out all of his belongings and contacted the local police to try to press charges.

“I was told that he had run away for fear of being caught… That was four years ago and I have not seen him since,” she said.

Suddenly stranded and with no money to fly back to Australia, Pamela has been forced to remain in her one-bedroom villa there ever since, surviving on what little she gets from her Age Pension while paying out rent and daily expenses.

Sadly, she’s unable to fall back on any family in Australia as both her parents have passed away and she lost her only sister to cancer three years ago. Meanwhile, she explained her only daughter is bipolar and survives on a small disability pension.

“I know my daughter is very stressed with me being so far away from her,” the worried mum said. “And it most certainly does not help her anxiety and depression.”

On top of her financial concerns, Pamela is also suffering from a series of health issues that she is struggling to find adequate help for in Abidjan.

“I have suffered six bouts of malaria very badly in 4.5 years. It is horrible,” she said. “I also suffer from Hashimoto’s disease (an underactive thyroid) and will suffer with it for my lifetime. I am able to purchase my thyroid tablets but I am unable to have my TSH blood levels tested every six months – which I desperately need.

“I have also developed a small lump on my right jawbone that needs medical attention as soon as possible, it has caused pressure on my eardrum with loss of hearing, it could be cancer, I don’t know.”

On top of that, Pamela had bilateral knee reconstruction in 2012 while she was still living in Australia, but has suffered two nasty falls in Africa since then that have caused serious damage.

Without her airfare, funds to get her belongings from storage or the necessary rental payments, Pamela is now pleading for help to raise up to $15,000 to finally overcome “the hurt and pain, the devastation, the isolation from my friends, the cruelty I have suffered from his hand”.

Asked if she has any regrets looking back, she said: “Mum taught us, ‘Never have any regrets in your life girls. If you don’t act in the positive, you will forever regret not knowing the happiness you could have had and enjoyed, it is better to have loved and lost, than to have never loved at all’. I have no regrets.”

She added: “I married my husband in love, I never imagined in my wildest dreams he would steal or ever hurt me so badly. I carry these scars for the rest of my life.”

Have you had a nasty experience after meeting a partner online?