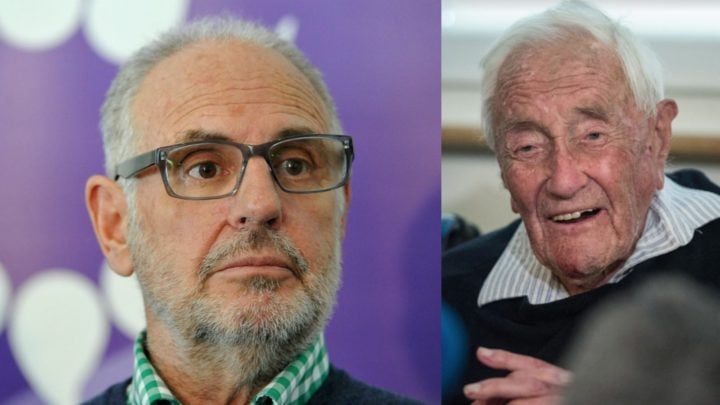 Philip Nitschke, aka Dr Death, has made a passionate call for voluntary assisted dying to be legalised in Queensland, citing some of the late David Goodall’s final moving words to plead his point.

Australian scientist Goodall died in May last year after flying to Switzerland to end his life on his own terms. Although he wasn’t sick, he made clear that at the ripe age of 104, he had lived long enough and wanted to die his own way without the suffering that so often comes at the end.

He was aided in his journey to Switzerland by Nitschke himself, who later released Goodall’s final bitter-sweet open letter to the public on the day of his memorial. And now, as Nitschke pushes for assisted dying to be legalised in Queensland, he has once again read out the haunting words to a parliamentary committee in Brisbane.

Presenting his case, Nitschke called for Queensland to abandon Victoria’s lead and instead follow Switzerland – where he insisted voluntary euthanasia isn’t seen as a privilege for the sick, but a “fundamental right”.

“The Swiss model does not see assistance to die as a medical privilege for those sick enough to qualify, but rather as a fundamental right,” he said. “This was made clear last year by 104 yr old David Goodall who was forced to travel to Switzerland for the peaceful elective death he saw as his right.

“He refused to play the sick role, instead arguing that surely at his age he’d earned the right to have assistance to die. His only lawful option though was to travel to Switzerland. None of the models of legislative change so far proposed for Australia will address the needs of people like Prof Goodall. Now Qld has the opportunity to correct this.”

He concluded his speech by reading out Goodall’s moving last words, which stated: “I would have preferred to end my days in Australia, the country of my adoption. Unfortunately the dominant forces in the medical profession have exerted every effort to thwart any attempt at independent action by the elderly in ending their lives. Luckily the medical profession in Switzerland have a more enlightened view, so I am travelling there, a beautiful country, but not my own.”

Goodall, who had no terminal illness but had said that he felt he had lived longer than he wished, tried to take his own life at least three times before seeking pro-euthanasia group Exit International’s practical assistance. The group went on to successfully raise enough funds through donations for him to travel business-class to Switzerland.

Nitschke was joined at the committee by former Queensland premier Campbell Newman, who also took the opportunity to read out a speech from his mother Jocelyn Newman, former Howard Government minister. Newman has been pro-euthanasia ever since discovering his mother’s speech recently, which she gave in 1997 to the Federal Parliament at the time, protesting against legislation introduced to overturn the NT Voluntary Euthanasia laws.

“If the day comes when I am facing a long and painful death, and am still of the view that I hold today, I wish to have the right to knowingly choose the time of my death and the circumstances in which I die,” she told the Senate at the time. “Even more so, I passionately want that right for those that I love.”

After reading the passage, Newman told the committee he regretted that he hadn’t previously pushed for such laws to be passed in his time in politics.

“When I became aware of that speech, I was shocked and quite sad that I had not been able to take that on board,” Newman explained, according to the Australian. “Because if I had known about that, we might have been having the debate back in 2012 to 2015. I think it would be difficult for an LNP government to put something forward like that, but I would have been prepared to give it a go.”

Are you for or against voluntary euthanasia being made legal across Australia? Would you consider it if it were a legal right?