‘Mother’s last testament: Why I challenged my mother’s will’ 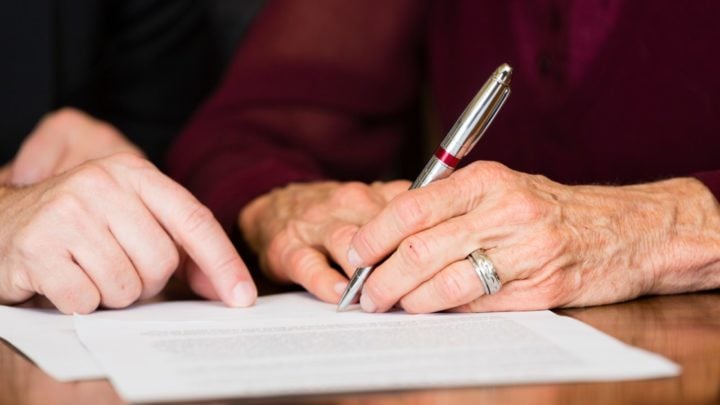 This community writer felt it necessary to contest her mother's last will and testament. Source: Getty Images

Two years ago, I made the decision to contest my mother’s will. She had died and inhumanely my brothers deemed it unnecessary to inform me.

Contesting wills is not for the faint-hearted. It took 11 months to have the courage to obtain a copy of my mother’s will. The countdown to the expiry of the one-year time limit was ticking.

Despite being her only daughter, I had been excluded on her next of kin list. Her funeral notice described her as my ‘loving mother’ and the ‘doting nana’ of my children, the ones she had never met. At 17, I had financially supported the family when my father was retrenched. Despite winning two scholarships I was denied a university education at her bequest so the funds could be spent on my brothers’ education, with both failing to matriculate let alone complete university.

For two decades I wrote to her without meaningful reply having inevitably been banished from home by my misogynist father. The man who belittled his wife as stupid and raged when his teenage daughter stood to defend her mother from repeated emotional abuse. The man whose name appears on a city monument and was nobly awarded an Australian honour for his services to the community.

Engaging a solicitor to obtain a copy of her will I learned that everything was left to her sons and the offspring of their marriages along with the late bonus issue grandson from the extramarital relationship of her eldest son. For all intents and purposes, neither I nor my children existed.

Two days before the time limit expired her sons were served a summons. The court then ordered them to settlement conference and her sons offered me zero, threatening to sue me for costs. Their formal offer of compromise was I should accept zero and they would not sue me for costs.

In the investigative process, I discovered years prior to his death my forward-thinking ‘loving’ father had set up a family trust signed by my mother and their sons to financially advantage the sons alone, the patriarch ensuring his assets were passed to his precious sons. In actuality, my family is Anglo-Asian both sets of ancestors arrived in the 1870s but in the 21st century, they became feudal Chinese where the males are endlessly advantaged and women are expendable and exploitable.

Naively, I thought the brothers having adult daughters of their own might make them fair and reasonable — they were neither. They conceded me 4 per cent of the estate less than their own children received and then deliberately delayed payment under false pretences. Fully aware my husband was undergoing cancer treatment, the brothers spent twice what they paid me in legal fees fighting me.

Serendipity saw my legal team waive my fees to ensure I received the full benefit of the settlement. Clearly, they believed my evidence, but the law is not compensatory for past disadvantage. The barrister acknowledged I was not the only dutiful Asian daughter he had represented, denied equality by her parents.

Did my mother do this deliberately of her own volition? At the time of writing her will she was 93 years old suffering from Alzheimer’s Disease and diabetes, both linked to cognitive impairment. Two years prior to her death she was unable to recognise me.

I sought a review of the conduct of her solicitor’s actions in writing this will. The state Law Society guidelines stipulate the solicitor preparing a will must identify all children, obtain copies of previous wills, ascertain the person has testamentary capacity and ensure the person is consulted alone to avoid undue influence of beneficiaries. How did a frail elderly woman with mobility issues make a three-hour round trip from her home in the suburb nearest her youngest son, to a solicitor coincidentally located in the same suburb as her eldest son?

The office responsible for professional legal standards has refused to investigate, advising it can only be contested in court knowing the estate was not worth that expense. Catch 22 ensures justice is only available to those who can afford it.

Three people on the planet know how this will came to exist, my brothers and their solicitor. The brothers have never spoken to me at any time, only communicating through solicitors. Their last instruction from their solicitor informed me that I am never to write letters to them again.

Over anger and past sad, I took my 4 per cent and resolved to have the best time possible at my brothers’ expense. I will never know how this happened and that is tragic, but my husband is well and we are having fun travelling. We have just had the most amazing year full of new experiences and I got on with my life.

Have you ever contested a family will? Did you have any reservations with family members being included in your will?