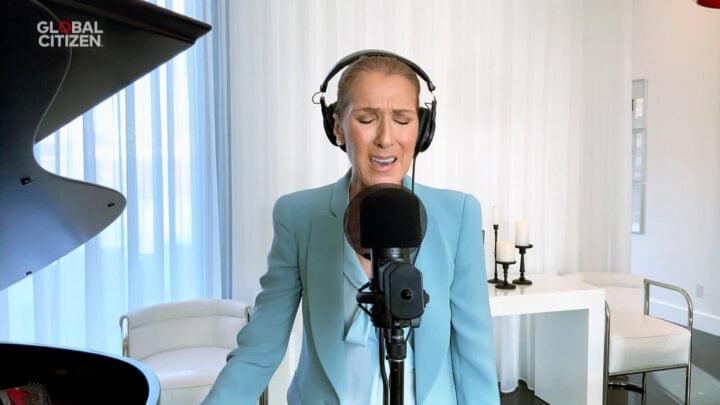 Dion struggled to fight back tears as she apologised to fans for the unfortunate news and thanked them for their unfaltering loyalty. Source: Getty

Celine Dion has taken to social media to share a disheartening health update amidst her long-running health battle, revealing she’s “just not there yet” in terms of a full recovery.

The video, shared to Dion’s Instagram on Friday, April 29, saw a heartbroken Dion reveal details regarding the current state of her health as she apologised to fans for needing to postpone further tour plans.

Dion began the video with a sharp intake of breath as she appeared to hold back tears.

“And I’m so sorry that we have to change our tour plans for Europe once again.

“First we had to move the shows because of the pandemic, now this is my health issues that is causing us to postpone some shows and unfortunately, we have to cancel some too.”

Dion went on to reveal she was on the steady road to recovery but that the process was taking its due time.

“The good news is that I’m doing a little bit better…But it’s going very slow…and it’s very frustrating for me,” she admitted.

“You know, I’m getting treatment from my doctors, taking medication, but I’m still experiencing some spasms and it’s taking a lot longer for me to recover than I had hoped.”

The Because I Loved You singer told fans she needed to be “in top shape” when she performed and that she “honestly can’t wait” to be back on stage.

“But I’m just not there yet,” a heartfelt Dion revealed.

Dion struggled to fight back tears as she apologised to fans for the unfortunate news and thanked them for their unfaltering loyalty.

“I wanted you to know, that I’m sorry for this news. I know you’ve all waited so long for the concerts and I appreciate your loyalty,” she said.

Dion admitted she was “convinced” fans would be “so fed up with all of this” as she revealed she was doing everything in her power to return to the “level” that she “needs to be to give 100% at my shows because that’s what you deserve”.

Dion ended the video with a heartfelt tribute to the people of Ukraine as she prayed the war “would end soon”.

“Sending you all my love and prayers, for peace.”

Dion took to social media again on Monday, May 9, to share a touching mother’s day post of herself alongside her three children.

The famed singer dedicated the post to the mothers “around the world who have lost their children…and for those mothers who constantly worry about how to keep their children safe”, as she admitted she was fortunate to share the special day with her beloved children.

In October last year, 2021, Dion first revealed she had been suffering from “unforeseen medical symptoms” and had been experiencing “severe and persistent muscle spasms”, causing her to cancel her shows in Las Vegas. Her Courage World Tour dates have been rescheduled multiple times over the last year.