Doctors’ insight: What all men should know about prostate cancer treatment 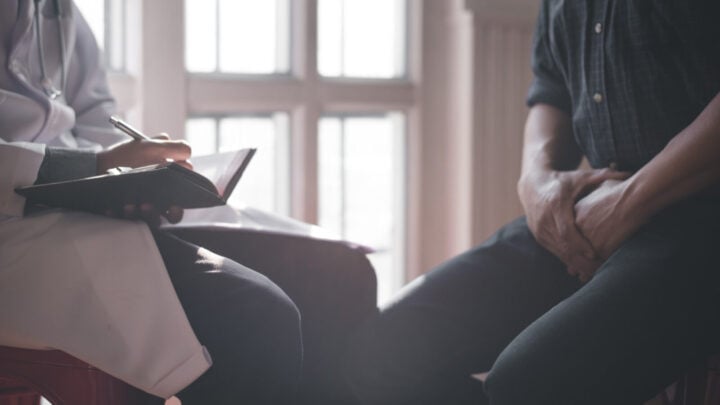 If you or a loved one are diagnosed with prostate cancer, discussing the various treatment options with your doctor or specialist is vital. Source: Getty

Prostate cancer is the most common non-skin cancer diagnosed in Australian men, with up to 20,000 cases diagnosed each year, according to the Australian Institute of Health and Welfare. Early diagnosis of prostate cancer helps to catch the disease before it spreads or progresses, and opens up the range of treatment options available.

Unfortunately, most men don’t have any specific symptoms in the early stages of prostate cancer. Therefore, a prostate specific antigen, or PSA, blood test is often used to screen for prostate cancer in at-risk men and improve early detection. This may be followed by an MRI scan and biopsy to accurately confirm the diagnosis.

What are the treatment options for prostate cancer?

The treatment chosen for prostate cancer depends on how aggressive and advanced the cancer is, the severity of symptoms, the location of the tumour or tumours and a man’s general health.

Some prostate cancers are not considered life-threatening and are very slow growing, so may not cause any problems or significant symptoms. For men diagnosed with these low-risk prostate cancers, this may result in a decision to not actively treat the disease – known as active surveillance. This approach is particularly important in some older patients, who may have other, more critical medical problems.

Some men may stay on active surveillance for the rest of their life, however for others, there is the option to commence treatment if, or when, the disease progresses. This has benefit of delaying treatment and potential side effects for as long as possible.

For those men who do require treatment for their prostate cancer, there’s a number of therapy options available, including:

This is a major surgical procedure involving the removal of the whole prostate gland. It usually requires a few days’ stay in hospital and one to two months off work to recover, depending on your occupation.

This is a form of internal radiation treatment that delivers a high dose of radiation within the prostate and substantially reduces the radiation to the normal tissues around the prostate gland. There are two main types of brachytherapy, which are:

In this form of treatment, radiation is directed towards the prostate gland from outside the body. This treatment is delivered over four to eight weeks and involves daily 20-to-30-minute sessions at the hospital or clinic. There is generally no need to take time off work, other than for appointments.

Hormone therapy and in some cases chemotherapy are used for prostate cancer in later or more advanced stages, when the cancer may have spread to other parts of the body.

How do I choose a prostate cancer treatment?

While the majority of prostate cancer treatment options have similar long-term survival outcomes, they may have different side-effects, impacts on quality of life, time and cost, and these are important considerations for men to discuss with their doctor.

Men who undergo surgery for their prostate cancer, for example, may develop urinary problems, such as incontinence, and/or problems with sexual function, including erectile dysfunction. In the long term, external beam radiotherapy can be associated with a small risk of bowel problems and may also result in sexual dysfunction.

Conversely, those who undergo brachytherapy may experience urinary problems in the short term (typically three to six months after treatment), predominantly poor urine flow and getting up at night to urinate. However, these symptoms and, subsequently quality of life gradually return to normal.

A study of Australian men with prostate cancer looked at quality of life 15 years after treatment. It revealed that men who had surgery had the worst sexual function post-treatment, which had a substantial impact on their quality of life. Unsurprisingly, this was most significant in younger men.

In comparison to surgery, LDR-brachytherapy is considered minimally invasive, with benefits including less time in the hospital and quicker recovery, as well as less likelihood of developing sexual dysfunction and urinary incontinence.

Unfortunately, LDR-brachytherapy is under-used in Australia. A recent study in New South Wales showed that of those men diagnosed with localised prostate cancer, 40 per cent undergo a prostatectomy (surgery), 22 per cent undergo external beam radiotherapy, 21 per cent remain on active surveillance and only 5 per cent are treated with brachytherapy.

In fact, compared to many other developed countries around the world, there is much lower utilisation of radiation treatment options in Australia, with men in the UK twice as likely to have radiotherapy/brachytherapy compared to surgery, and equal use of radiation and surgery in the US.

What should I ask my doctors about prostate cancer treatments?

For many men, the choice of prostate cancer treatment is a big decision. However, given the disease is often slow-growing, men have an opportunity to consider all their treatments options and seek more than one opinion. Staying informed and positive is key to better decision-making and improved outcomes.

All men are encouraged to discuss their treatment options with both a radiation oncologist as well as their urologist to get ensure they receive balanced and comprehensive advice before making a decision.

Where can I get more info on prostate cancer treatments?

Have you had to make this type of choice on treatment? What helped you make your decision?