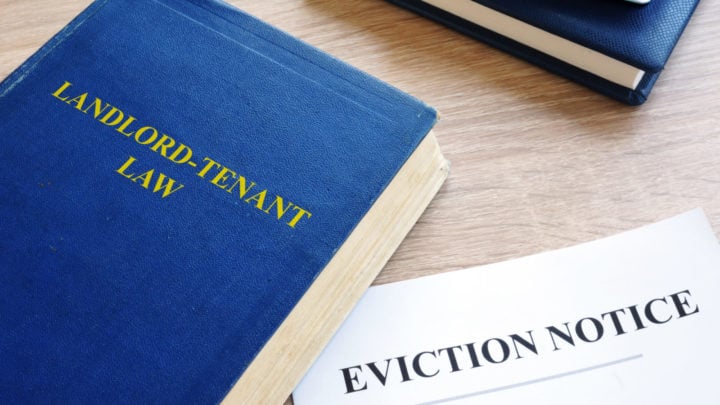 The Prime Minister has urged tenants and landlords to work together and gave the states responsibility for residential regulation. Source: Getty

Thousands of residential tenants are threatening to stop paying their landlords this month, as the Federal Government appears to wash their hands of the unfolding rental crisis, instead leaving it to the states and territories to hash out on their own.

It comes as Prime Minister Scott Morrison announced a nation-wide freeze on rental evictions almost two weeks ago. In a televised address to the nation, Morrison encouraged landlords and tenants to agree to temporary arrangements that would see the tenant be able to keep their business or home. These arrangements could include the reduction or waiver of rents and the ability for tenants to terminate leases or seek mediation between themselves and their landlord on the grounds of financial distress, he said.

But with no clear guidelines, renters are beginning to revolt. A Change.org petition has emerged, demanding that federal and state governments take steps to immediately cancel residential rental obligations for the duration of the crisis, pause mortgage for owner-occupiers under the same compassionate grounds as renters and pause mortgage obligations for landlords who are affected by non-payment of rent.

“We are in a time of unprecedented crisis, unemployment and economic uncertainty,” the petition reads. “According to current medical and epidemiological advice – the grim reality is that this will get a lot worse before it gets better. Social distancing, self-isolation – all the measures advised by the federal government are futile if there are no four walls of a home to practice them in. The home that we live in are our front line of defence against this disease and many are facing the prospect of homelessness due to unforeseen lost wages.”

It comes as landlords begin to question how they will be affected, especially self-funded retirees who rely on rental income. With the onus now on the states and territories to administer, the Queensland government is offering land tax rebates and introducing measures to stop evictions of those unable to pay rent during the Covid-19 crisis.

“This means that a property owner must offer an extension to the lease for at least a further six months,” Housing Minister Mick de Brenni said, adding that tenants who cannot pay rent and want to end their lease early will be able to do so.

Under the Queensland governments new measures, there is similar relief for landlords. Announcing the $400 million package this week, Queensland Treasurer Jackie Trad said a three-month land tax rebate would be included, along with a further three-month deferral to “incentivise landlords to pass on rent relief”.

“We want to make sure all parties do the right thing,” Trad said.

Land tax relief will be available to all landowners in Queensland who rent their property to at least one tenant who is unable to make payments due to the coronavirus crisis, while owners who are unable to fill a property during this time and need support to meet their financial obligations will also be eligible.

Starts at 60 has requested federal government comment on this issue.

Do you rely on rental income to fund your retirement? Will you be affected by these changes?