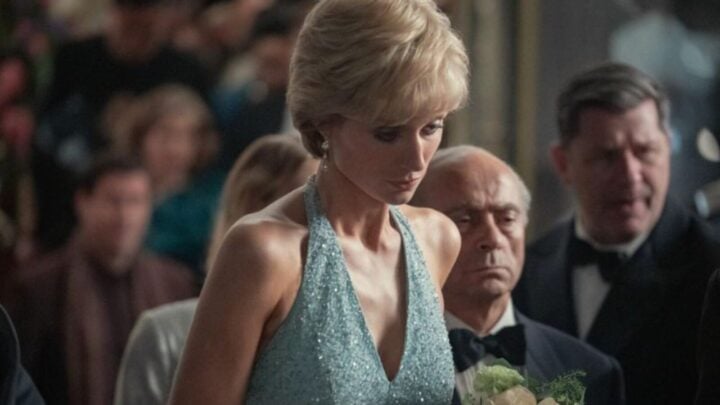 The Australian Monarchist League calls for a boycott of the fictional show 'The Crown'. Source: @thecrownnetflix/Instagram

The Australian Monarchist League (AML) has urged Australians to boycott the popular Netflix series The Crown, as the much anticipated fifth season was released worldwide.

Netflix and the creators of the show have faced considerable backlash for their decision to cover the tragedy of Princess Diana’s death and the scandalous events leading up to it.

AML Chairman Philip Benwell has joined the chorus of criticism, calling for a total boycott of the series, including the streaming giant responsible for its production.

Netflix’s The Crown is a fictional TV show.

“It is one thing to create a clearly fictitious narrative such as Robin Hood, but quite another to purposefully build a series including falsehoods and inaccuracies about people still living.”

“It is one thing to create a clearly fictitious narrative such as Robin Hood, but quite another to purposefully build a series including falsehoods and inaccuracies about people still living,” Benwell said.

“It is also disgraceful that Netflix is airing their new series two months after the death of the Queen and just over six months from the coronation of the King about whom the series contains falsehoods.”

Benwell said a major concern of the show is an inaccurate and misleading conversation about the late Queen Elizabeth II abdicating the throne.

“Reports that a totally false conversation between the then Prince of Wales and the then Prime Minister, Sir John Major, about the Queen abdicating, cause great concern,” he said.

“Even before Sir John issued a statement saying that that fictitious conversation was a barrel-load of malicious nonsense, it is fundamentally clear that Prince Charles would never have spoken about the Queen abdicating because he of all people knew that because of the Oath Her Majesty swore at her coronation, she would never abdicate as the commitment she gave was for life.

“However, many people who watch historical series do so believing them to be a true depiction of events and a sort of semi-documentary, which undeniably many are. These unsuspecting people, unaware of the true situation, will undoubtedly take the falsehoods and inaccuracies contained in The Crown to be genuine.”

The AML chair said that while the show had recently added a “fictional dramatisation” disclaimer for viewers, he believes the creators are not doing their due diligence by intentionally misleading the audience.

“I believe that Netflix has been negligent in its duty to the public by not providing any sort of accuracy about such ‘real-life events’,” he said.

“Whilst it has since added an inadequate disclaimer to its marketing for The Crown, saying the show is a “fictional dramatisation”, “inspired by real-life events” it should nevertheless state that the real-life events depicted are not in any way reflective of the actual situations described as they are entirely imagined and scripted accordingly.

“If they are not, the droves of people who will leave Netflix will undoubtedly prove them wrong.”

Netflix added a disclaimer to the trailer of the upcoming season, following a letter written by esteemed British actor, Judi Dench, who slammed the show’s creators for their “inaccurate and harmful account of history”.

Dench’s letter also calls out the streaming giant for originally opting out of using a disclaimer stating that The Crown is a fictionalised drama, despite being previously advised to do so by the British government.

“While many will recognise The Crown for the brilliant but fictionalised account of events that it is, I fear that a significant number of viewers, particularly overseas, may take its version of history as being wholly true. Given some of the wounding suggestions apparently contained in the new series,” her letter continues.

“No one is a greater believer in artistic freedom than I, but this cannot go unchallenged.”

The actress, who herself has played a member of the Royal Family, went to on write: “The time has come for Netflix to reconsider — for the sake of a family and a nation so recently bereaved, as a mark of respect to a sovereign who served her people so dutifully for 70 years, and to preserve their own reputation in the eyes of their British subscribers.”

Alternatively, the actress who plays Princess Anne in the show, Claudia Harrison, defended the show’s decision not to provide disclaimers, saying they would “patronise the audiences worldwide, and to think people are genuinely sitting down thinking this is a documentary and that everything they see is fact, I feel uncomfortable with that … Patronise an audience at your peril.”

Harrison maintained there is no need for disclaimers on art, saying it makes her “incredibly uncomfortable” to add one to the show.