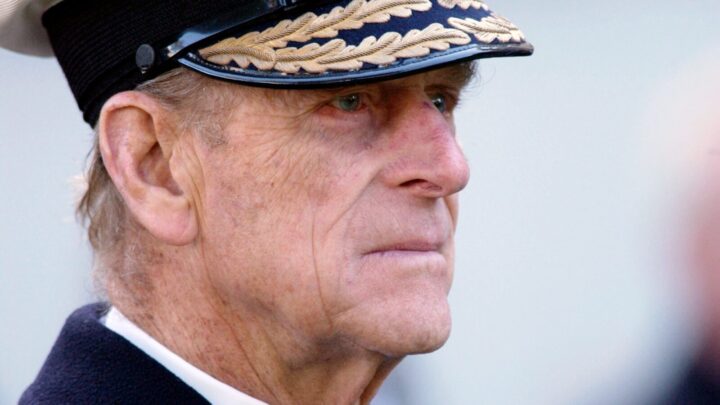 Prince Philip was reportedly deeply 'upset' over his portrayal on the hit TV series. Source: Getty

There’s no doubt that Netflix’s hit drama series The Crown has ruffled a few royal feathers, but reports have now emerged that one specific episode from the show had left Prince Philip so “upset” he was tempted to sue.

According to royal historian and author Hugo Vickers, the late Duke of Edinburgh saw red after The Crown featured a storyline suggesting that he was the reason why his beloved older sister, Princess Cecilie, died.

“He was very upset about the way that was portrayed. He was human. He could be hurt like anybody else,” Vickers told The Times.

#OTD 111 years ago. Princess Cecilie of Greece and Denmark was born at Tatoi Palace, near Athens, on 22 June 1911.

The controversial episode, titled Paterfamilias, portrays a dramatised retelling of the death of Princess Cecilie who died in a plane crash in 1937 alongside her husband and their two children.

In The Crown, the show implied that the 26-year-old Princess was on her way to visit Philip in boarding school in the UK when her plane was met with horrible weather, ultimately causing the crash.

The episode then showed a young Philip, then 16, at his sister’s funeral where his father, Prince Andrew of Greece and Denmark, blamed his only son for the death of Cecilie.

Vickers had said the suggestion of Philip’s involvement in his sister’s death was “the worse assertation” the show had made.

“Prince Philip, I do know was very upset about that episode and the way his family was treated,” he said.

It is understood that after the episode was aired Philip consulted Farrer & Co, the law firm that has worked with the royal family since 1930, to ask them “what can I do about it?”

In the end, Prince Philip did not pursue legal action and carried on with the royal mantra of “never complain, never explain.” A move that royal commentator Richard Fitzwilliams says is “not entirely surprising.”

“The reason he didn’t do it was because the whole world would’ve heard of this and perhaps some would’ve believed that it might have been true,” he said.

This wouldn’t be the first controversial episode on The Crown involving Philip.

A month before the premiere of its fifth season, the show’s producers received seething comments from those close to members of the royal household after learning that the show would depict Philip, “pursuing an affair” with socialite and close family friend Penelope “Penny” Knatchbull.
According to The Sun, creators of the show have written “intimate scenes” of the Duke of Edinburgh with the Countess Mountbatten of Burma.
The scandalous episode depicts Philip touching hands with the Countess while he confesses his “marriage problems”, saying that he and his wife have “grown in separate directions.”

The move has been poorly received by royal critics, with Majesty magazine’s editor Ingrid Seward calling the decision “in exceedingly bad taste.”

The Queen’s former press secretary Dickie Arbiter has even come out saying Netflix has been “very distasteful.”

“The truth is that Penny was a long-time friend of the whole family,” Arbiter said.