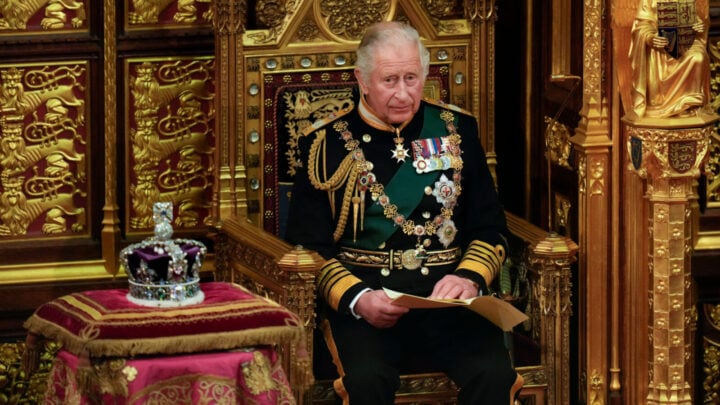 After the passing of Queen Elizabeth II and the outpouring of grief from both the Royal Family and an adoring public, attention quickly turned to when King Charles’ coronation will take place.

Despite King Charles becoming the Head of State automatically after the death of his mother, the Queen, his coronation at Westminster Abbey is where he will be officially crowned King.

Rumours have run rampant as to when King Charles’ coronation ceremony will take place, with royal experts predicting that the highly anticipated event will occur sometime in 2023.

As anticipation mounts, royal watchers seemingly had their desire for any tidbit of information regarding the coronation satisfied when “anonymous government sources” told Bloomberg on Wednesday, October 5 that Charles’ coronation is set to take place on June 3, 2023. The rumored date would mean Charles’ coronation would take place 70 years and one day after Queen Elizabeth’s coronation in 1953.

Hopes were quickly dashed however when Buckingham Palace confirmed to The Mirror that reports of any confirmed date for Charles’ coronation are “purely speculation”.

However, the month of June has been widely speculated as the time when Charles’ coronation will take place after The Sun recently reported that the ceremony is likely to take place in June 2023 given the connection to the Queen’s own coronation.

“There is no rush for the coronation and there is an awful lot of planning that needs to be done. But it will be in May or June depending on what is going on in the world,” a source told the British publication.

“It potentially could happen on the anniversary of the Queen’s ­coronation on June 2 — that is one thing that is naturally considered.”

While rumours abound as to the details of King Charles’ coronation what is known is that the historical ceremony is expected to be a more modest affair compared to the Queen’s.

According to the Royal website, “the coronation ceremony has remained essentially the same over a thousand years” and the formalities of Charles’ coronation are expected to follow suit, meaning the world will witness the ceremony conducted by the Archbishop of Canterbury, Charles will recite the “coronation oath” before taking his place on the Coronation Chair, aka “Edward’s Chair”,  holding the Sovereigns sceptre and rod.

Sticking to the rumoured toned-down nature of Charles’ coronation, the ceremony is expected to only have approximately 2000 guests in attendance, with world leaders and dignitaries from across the United Kingdom and the world expected to be on the guest list.

Although it appears it will be some time before the world can enjoy King Charles’ coronation ceremony, there has been a flurry of activity for the newly appointed Head of State in the weeks following the Queen’s passing.

On Saturday, September 10 King Charles was officially proclaimed Britain’s new Monarch in a history-making ceremony that was televised for the first time.

During his declaration to the ceremony, King Charles pledged “to follow the inspiring example” set by his mother, Queen Elizabeth II, in “upholding constitutional government” and vowed “to seek the peace, harmony and prosperity of the peoples of these islands and of the Commonwealth realms and territories throughout the world”.

During the Queen’s state funeral on Monday, September 19, King Charles’ bid a final goodbye to his mother in the form of a handwritten note that sat atop her coffin.

The note sat among a wreath of colourful flowers taken from the gardens of the royal residences which included English oak, rosemary and myrtle that had previously been featured in the Queen’s wedding bouquet

The simple yet touching note read, “In loving and devoted memory. Charles R.”, the letter R stands for Rex which in Latin means King.

As the period of mourning for Queen Elizabeth II reached its conclusion, Buckingham Palace then released images of King Charles III’s cypher.

The monogram will begin to replace the Queen’s on all state documents, government buildings, and some post boxes.

After 70 years of the cypher ‘EIIR’ for Queen Elizabeth II…
King Charles’ new cypher ‘CIIIR’ has just been released.
It’s what will appear on new post boxes, government buildings and state documents.
The change will be ‘gradual’ says the Palace. pic.twitter.com/2pFIZ4OBmK

Most recently the United Kingdom’s Royal Mint delighted royal watchers with the reveal of the official effigy of King Charles III that will not only feature as part of a coin collection honouring the late Queen Elizabeth but will also appear on coins following King Charles’ official ascension to the throne.

While announcing the new coin, the Royal Mint conveyed their “honour to now strike the first UK effigy of His Majesty King Charles III”.

“Today we are honoured to reveal the first official effigy of His Majesty King Charles III appearing for the first time on a memorial coin collection honouring the life and legacy of Queen Elizabeth II,” the Royal Mint said in a statement.

“At The Royal Mint, we have struck coins for the British monarchy for more than 1,100 years, and it has been our pride and privilege to strike every United Kingdom coin of Queen Elizabeth II’s remarkable 70-year reign. It is our honour to now strike the first UK effigy of His Majesty King Charles III on a coinage collection honouring the life and legacy of his mother Queen Elizabeth II.”

Through it all the King has received high praise from the public regarding his approach to what has surely been a mammoth undertaking, as he navigates his new role as Head of State while grieving the death of his mother with the world’s gaze firmly fixed on him and his family.

Former Palace butler Martin Higgins recently expressed to Today that King Charles had been “majestic in every sense” despite recent events “clearly taking an emotional toll”.

“I think in the last few days the toll that has been put on, the King especially, and the Royal family, obviously they’re going through their own personal grief as well as having media attention and the world on them and performing these duties,” Higgins said.

“Of course they can’t put a foot wrong, because it will be disrespectful to Her Majesty so they’ve done brilliantly.”

Higgins also revealed that he feels King Charles will “be a phenomenal Monarch”.