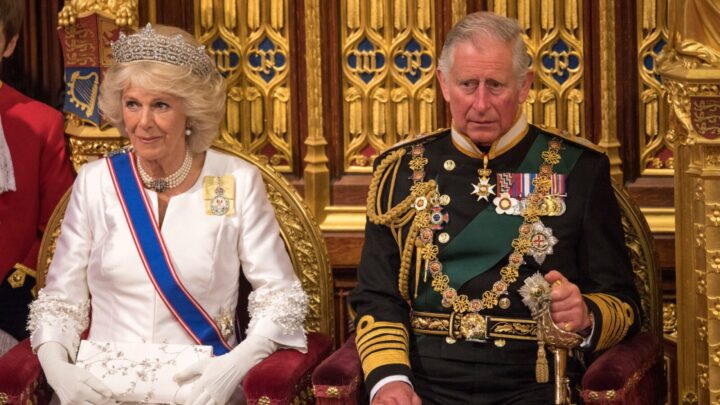 Buckingham Palace has confirmed that Charles and Camilla will be crowned on May next year. Source: Getty

Royal watchers are being encouraged to save the date after it was announced that one of the biggest historical events, King Charles’ coronation, will take place in May of next year.

Buckingham Palace has officially announced that the King’s coronation is set for Saturday, May 6, 2023, and like his predecessors, he will be crowned in London’s Westminster Abbey where the Archbishop of Canterbury will conduct the service.

Unlike previous royal coronations, it is understood that Charles’ ceremony will scale back on the grandeur to “reflect the monarch’s role today and look towards the future” but will still be “rooted in longstanding traditions and pageantry”.

While his mother, Queen Elizabeth II’s own coronation in 1953 had over 8,000 guests and 126 nations represented at her service, the Daily Mail reports that Charles’ guest list will likely see only 2,000 people with the length of the ceremony being reduced to just one hour.

Per CNN, next year’s coronation is “expected to include the same core elements while recognising the spirit of our times” which means we will likely see Charles with traditional coronation pieces like the Imperial State Crown, Sceptre, and Orb. He will also be “anointed, blessed and consecrated” by the Archbishop of Canterbury.

But Charles’ isn’t the only member of the Royal Household getting crowned. The Palace also confirmed that Charles’ wife, Queen Consort Camilla, will also be crowned alongside her husband, leaving her mark on history by becoming the first Queen Consort in over 100 years to be crowned in Westminster Abbey.

Prior to the Palace’s announcement, rumours regarding Charles’ coronation date started to swirl as many royal watchers sought any tidbit of information regarding the coronation.

However, this was soon discredited after the Palace confirmed to The Mirror that reports of any confirmed date for Charles’ coronation are “purely speculation”.

While it’s still seven months before the world can enjoy King Charles’ coronation ceremony, there has been a flurry of activity for the newly appointed Head of State following the end of the Royal Family’s mourning period.

On October 4, the King joined Camilla to make their way to Dunfermline, Edinburgh, to celebrate with locals after its status from town to city had been changed during the late Queen Elizabeth II Platinum Jubilee earlier this year.

As Charles formally granted city status to the former Scottish town, His Majesty also paid a touching tribute to his mother, the Queen.

“There could be no more fitting way to mark my beloved mother’s extraordinary life of service than by granting this honour to a place made famous by its own long and distinguished history, and by the indispensable role it has played in the life of our country,” Charles said in his speech.

“We gather to celebrate this great occasion but also to commemorate the life of Her late Majesty, whose deep love for Scotland was one of the foundations of her life.”

Prior to that, the UK’s Royal Mint revealed the official effigy of the King which is set to appear on coins following his official ascension to the throne.

Around the same time, Buckingham Palace released images of King Charles’ cypher. The monogram will begin to replace the Queen’s on all state documents, government buildings, and some post boxes.

These changes come just a month before the Royal Family are scheduled to host their first state visit following the death of the Queen.

The upcoming event will be the first time in over 70 years that a King of England has hosted a state visit, and is scheduled to take place on November 22 to 24.

Buckingham Palace is yet to release more details regarding King Charles’ coronation.