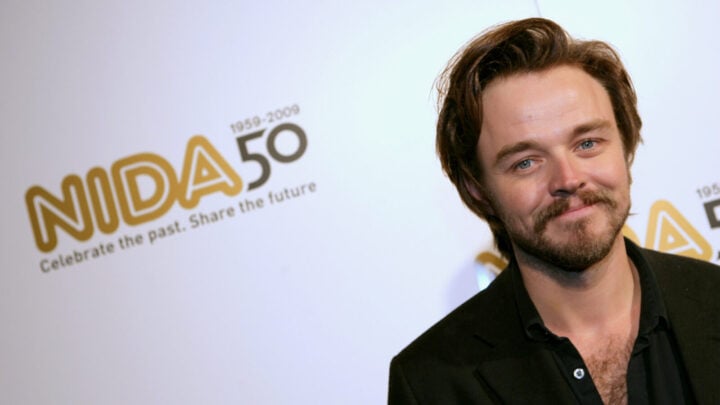 As the country prepares to say farewell to one of its national treasures, new information published in the Daily Mail Australia has revealed that Matthew Newton will play a part in his father Bert Newton’s state funeral on Friday, November 12.

The Mail reported that while the entire Newton clan will attend Bert’s funeral in person, with the exception of Matthew, the star’s 44-year-old son will still play an important role.

Reportedly, Matthew will write a “personal message”, to be read during the televised service. Matthew is expected to watch the event from his home in New York after Covid-19 restrictions meant he would not be able to return to Melbourne in time to attend the service in person.

In the days following Bert’s death on October 30, Matthew’s non-return to Australia was a hot topic of discussion, with speculation surrounding Bert and Matthew’s relationship running hot. Patti Newton, Bert’s widowed wife, made a statement regarding this, saying: “It’s just the logistics of it all, and with Covid and with everything else. There was no rift. He’s had many long conversations with Bert in the hospital and that was all fine.”

The funeral service will be held on Friday, November 12, at St Patrick’s Cathedral in East Melbourne. Proceedings will commence at 10am AEDT, and are expected to run for 90 minutes.

Due to lingering restrictions following Victoria’s lockdowns, only friends, family and colleagues will be allowed to attend, with a 500 person limit.

However, for all those who won’t be able to pay their last respects to this beloved television icon in person, the event will be live-streamed on the Victorian Government website (as it is a state funeral) and Bert’s army of fans of all ages can follow the broadcast live in a special tribute edition of Studio 10, on the Ten network.

“Join us for a very special edition of Studio 10 next Friday, November 12, as we celebrate the life of Bert Newton with golden moments from the Channel 10 archive, memories from his friends and co-stars, and his state funeral live,” a statement posted to the official Studio 10 Instagram account.

The funeral service and special presentation will be broadcast on Channel 9 and 9Now, and will be hosted by Tony Jones and Alicia Loxley from the Cathedral at 9.30am AEDT.

Michael Healy, Nine’s Director of Television, said: “Bert Newton was a giant of our industry, entertaining generations of Australians across our television screens. He brought unbridled joy and laughter into our homes as part of so many programs, partnerships and formats. He was loved by us all at Nine and we wish Patti, Lauren, Matt and their families our sincere condolences at this sad time.”

Starts at 60 will update this page with a link to live stream the funeral on Friday morning.

When announcing Bert’s state funeral, Victorian Premier Daniel Andrews said: “Above all his achievements, he was a family man and his greatest partnership was with his wife of almost 50 years, Patti. Our thoughts and prayers are with her, their children and their grandchildren.”

“I said yes to a state funeral because, as I said, [he was] a little boy from North Fitzroy, and having [that] success in show business and having all these wonderful accolades go his way,’’ Patti said on Sunday, October 31, when speaking to reporters outside the home she shared with Bert.

On November 1, Patti shared that her husband of 47 years “just couldn’t do it anymore”, after battling complications from a toe infection, which led to his leg amputation in May, 2021. This amputation resulted in Bert’s admission to a private palliative care clinic, where he passed, breaking the hearts of millions of fans around Australia who had grown up watching the tv legend on their small screens.

What do you think Matthew will say?