Here’s where you can watch Bert Newton’s funeral live 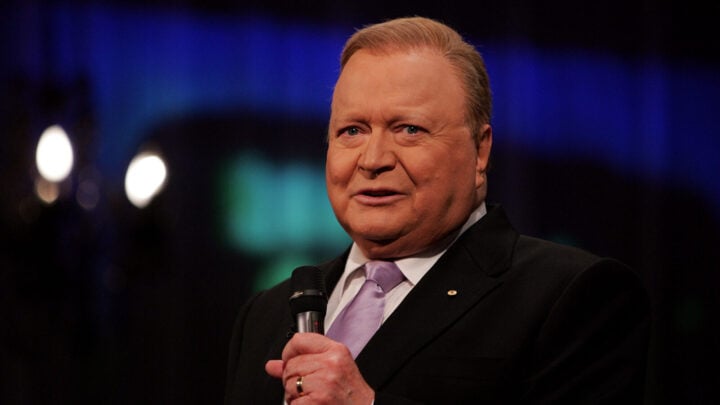 Bert Newton, a much-adored and well-respected Australian entertainment legend, will be officially farewelled this week at a state funeral.

The service will be held on Friday, November 12, at St Patrick’s Cathedral in East Melbourne. Proceedings will commence at 10am AEDT, and are expected to run for 90 minutes.

You can also watch the service on this page. We will update this page with a link to view on Friday morning.

Due to lingering restrictions following Victoria’s lockdowns, only friends, family and colleagues will be allowed to attend.

However, for all those who won’t be able to pay their last respects to this beloved television icon in person, the event will be live-streamed on the Victorian Government website (as it is a state funeral) and Bert’s army of fans of all ages can follow the broadcast live in a special edition of Studio 10, on the Ten network.

It is likely that Bert’s son Matthew Newton, 44, will also watch the live-streamed service, as he is unable to fly out to Melbourne from New York, where he lives, due to travel complications caused by Covid-19.

On November 1, Patti addressed rumours and speculation surrounding her son Matthew not returning for his father’s funeral, saying: “It’s just the logistics of it all, and with Covid and with everything else. There was no rift. He’s had many long conversations with Bert in the hospital and that was all fine.”

Victorian Premier Daniel Andrews when announcing Bert’s state funeral said: “Above all his achievements, he was a family man and his greatest partnership was with his wife of almost 50 years, Patti. Our thoughts and prayers are with her, their children and their grandchildren.”

“I said yes to a state funeral because, as I said, [he was] a little boy from North Fitzroy, and having [that] success in show business and having all these wonderful accolades go his way,’’ Patti said on Sunday, October 31, when speaking to reporters outside the home she shared with Bert.