Location could determine your risk of developing dementia 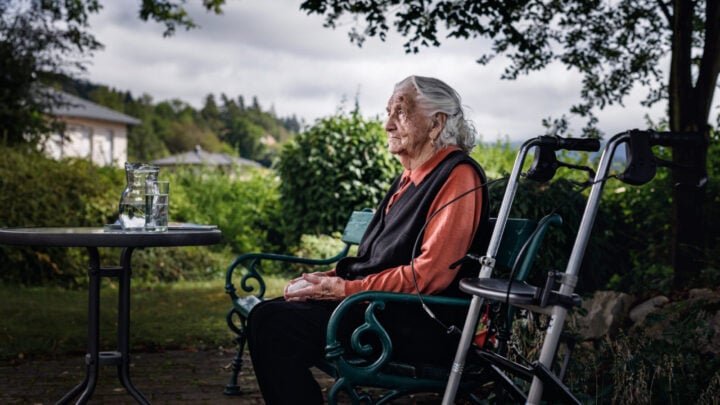 Socioeconomic status is a key indicator of health outcomes, including access to, and quality of health care.

In 4,656 adults across metro, regional and rural Australia, new research from the Healthy Brain Project showed those living in more disadvantaged areas have poorer memory and a greater risk of developing dementia.

Dementia is the second leading cause of death in Australia. Our rapidly ageing population means without a substantial medical breakthrough, the number of people living with dementia in Australia is expected to double from 487,600 in 2022 to 1.1 million by 2058.

There has been a concerted effort to understand and identify risk factors for dementia. These include risk factors we can’t change (such as age or genetics), and others that are more modifiable (such as diet or physical activity).

However, dementia and its risk factors don’t affect all communities equally. Educational, racial/ethnic, and geographical disparities can influence who develops dementia, including within Australia and the United States.

Our study assessed geographic inequality at a neighbourhood level. We measured neighbourhood-level socioeconomic status by matching participants’ postcodes with the Australian Bureau of Statistics’ Index of Relative Socio-economic Advantage and Disadvantage.

What did we find?

This was especially the case for older adults (55 years old and above). Older adults living in neighbourhoods with low socioeconomic status had poorer memory and higher dementia risk.

This is in line with a US-based study that found adults living in the lowest 20% of disadvantaged neighbourhoods had smaller brains.

What do these findings mean?

The first thing to note is this was an observational study, which involves following a group of people, and investigating how potential risk factors are associated with dementia risk. The results do not mean living in a more disadvantaged area causes memory loss or dementia. The results only indicate there is a relationship or association between neighbourhood disadvantage and dementia risk.

Second, neighbourhood-level socioeconomic status measures many complexities and nuances of where people live. This captures a range of information likely to influence health outcomes and disease risk. Some of these factors include the prevalence of crime and safety, local resources including access to health care and education, opportunity and space for physical activity and leisure, social disorder, access to greenery, as well as air and noise pollution.

These economic, psychosocial, and environmental factors can not only influence health outcomes, but also influence the way we behave. For example, the lack of green space or community sporting facilities may discourage physical activity, which is a known risk factor for both poor heart and brain health. Similarly, libraries and leisure centres provide important avenues for social engagement and mental development, the lack of which are also risk factors for dementia.

Additionally, due to affordability, people from lower socioeconomic backgrounds may also live in areas with fewer services that enable a healthy lifestyle. They are also more likely to experience poorer health outcomes as a result of entrenched disadvantage and lower health literacy. This cyclical nature of inequality may also explain why we observed higher dementia risk in individuals from low socioeconomic neighbourhoods.

It will be critical for future work to understand whether neighbourhood socioeconomic status influences memory decline over time, and actual dementia diagnosis.

What should be done?

Targeting neighbourhood socioeconomic status will take enormous investment and collective effort at a local, state, and national level. As a starting point, increasing the availability and accessibility of green spaces and community facilities, such as leisure and sporting clubs, in every postcode will enable greater opportunity for healthy, active lifestyles into older age.

On an individual level, positive health behaviours have been identified that can help to prevent or delay memory loss and dementia risk. These include eating a balanced diet, learning new skills or languages, regular physical activity, staying socially connected, and getting a good night’s sleep.