Good reasons Age Pensioners should be cautious of lending money 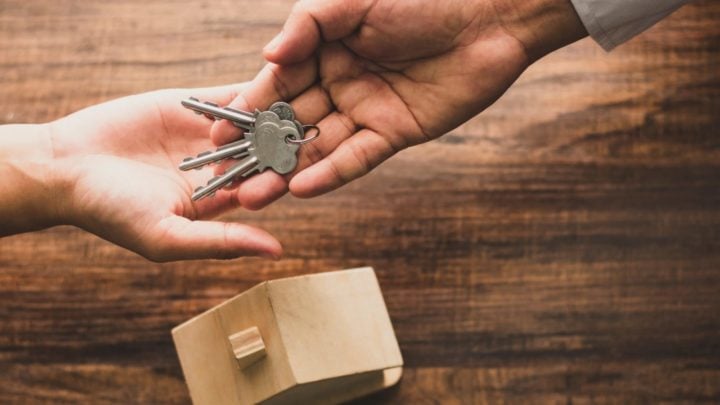 Helping your adult children afford their first home is great, as long as it doesn’t put you in a tight financial spot.

The median house price in Sydney hit the crazy million-dollar mark in 2015 and didn’t stop until it hit a peak of almost $1.2 million in 2017. Yet, despite these stratospheric prices, some first-home buyers were still managing to stump up a $200,000-plus deposit to get into the market.

And it wasn’t just Sydney – as the property market boomed across Australia, real estate newcomers were among the buyers. How? With a little help from mum and dad, of course.

At the peak of the boom, 60 per cent of first-home buyers had tapped their parents for a loan to help put a deposit together.

Now, in the post-royal commission world (and with property prices in most of the former hotspots still coming off the boil or only just starting to recover after falls in 2018 and 2019), a few things have changed.

In 2017, APRA, the government agency that acts as the supervisor of the banking sector, put in place tighter rules for lenders on how much debt they were permitted to hold. In response, lenders started looking much closer at loan applications. Just having generous parents was no longer enough – borrowers had to show how they’d be able to comfortably meet the mortgage repayments too.

So, business has slowed down at The Bank of Mum and Dad. Fewer deposits are now funded by parents, with only 20 per cent of first-time buyers seeking parental help with a deposit (although the average of these loans still stands at about $70,000).

None of this is new, of course. There have always been some lucky youngsters with parents able to give them a leg-up into the housing market. It’s just become much more expensive, and that’s left many older Australians asking how best to help out their adult children, while protecting themselves against what could be the loss of a substantial sum of money.

Myth busted: You can always trust your kids to pay you back

There are many sad and sorry tales about retirees who’ve been left considerably out of pocket after lending their kids money.

Sometimes, adult children see a parental loan as an ‘advance’ on their inheritance, rather than a business arrangement. And they know if they’re late making the payments, the lender (in this case, their mum and dad) probably won’t sell the house from under them.

That’s why it’s important to document a family loan, particularly when large sums are involved, according to Rob Lockhart, a financial educator at Westpac’s Davidson Institute.

“I would much prefer to see parents lending their children money on commercial terms, because children have to take responsibility for that money,” he says.

“It’s the messages we send our children – one of the life lessons we need to teach them is how to be responsible for their own financial affairs. And if we just give things to them, they’ll never be responsible.”

Myth busted: Lending is better than gifting on the Age Pension

The government also takes a dim view of people giving away their assets, if they then expect to rely on the Age Pension in retirement.

That’s something to keep in mind when considering whether to open up the Bank of Mum and Dad, because if you gift too much money to your children, you could be penalised through a reduced pension – no matter what use is intended for the money.

If you gift any amount over those maximums, you’ll fall foul of what’s called the deprived asset rules. This means that for the next five years, Centrelink will treat those sums as if you still held them (even though you have given them away) and thus assess them under the assets test as well as subject them to deeming under the income test.

Lending on the Age Pension has pitfalls

If you lend your children money instead, that loan will be treated by Centrelink in the same way as most other investments – even if your kids weren’t expected to pay you interest or stop paying the interest you agreed. Plus, unlike the case with gifting, the impact of the loan on your Age Pension isn’t limited to five years, but for as long as the loan is outstanding.

That’s why Lockhart says that when considering the Age Pension, gifting can sometimes be a better strategy than lending.

“If you think you’re going to have more than enough money to get you to retirement, and you would like to help your children out before you get there, by all means gift it, but do so well before pension age,” he emphasises. Gifts made at least five years prior to the age of pension eligibility aren’t subject to Centrelink’s assessments.

No matter whether you decide to lend or gift money to your adult children, there are several pros and cons to consider, which should ideally be done with the help of a financial adviser.

Have you considered lending or gifting money to your children? Are you comfortable with formally documenting a family loan?