The most effective ways to treat different types of coughs 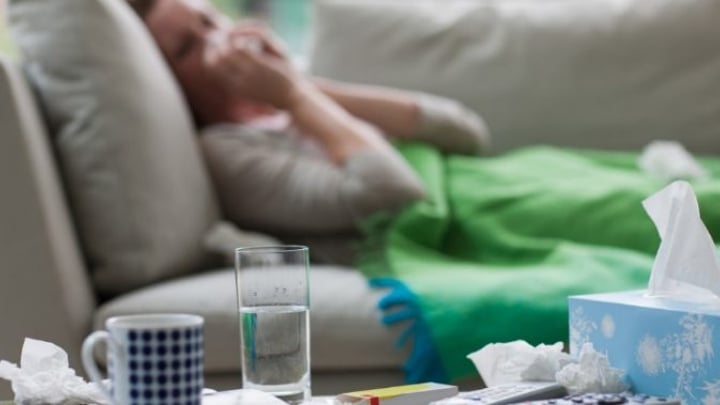 It's always important to pay attention to your cough and seek treatment if it's not getting better. Source: Getty

Coughing is one of the body’s natural defences – an attempt to clear objects from the lungs which could obstruct breathing. It can be irritating and hard to shake, particularly as winter comes to an end, and can be caused by an array of different things.

Whether it’s allergies, hay fever, smoking and pollutants or triggered by colds or other viruses, it’s important to firstly know the difference between an acute cough and a chronic cough.

Acute coughs are rare and usually caused by a viral infection or irritation. On the other hand, chronic coughs can happen continuously over several months and are more prominent in smokers.

Coughs can also be the result of other health conditions such as asthma, so before treatment it’s important to know if it is out of the ordinary.

Speaking to Starts at 60, registered GP Professor Mar Cohen explains people need to be aware of the type of cough they’re experiencing.

“A productive cough is usually a chesty cough, the ones where you feel a rattling in the chest and you cough and something comes up,” he says. “That can vary from a frothy salivary thing to thin mucus to green to yellow mucus.”

These coughs can be uncomfortable until they are cleared, although there are agents that can help decongest and break down the mucus. Known as mucolytic agents, they make mucus thinner, while other agents called expectorants help people cough it up.

“With a productive cough, that’s what you want to do,” Cohen says. “You want to be able to clear the chest airway.”

On the other hand, dry coughs are caused by irritants and viral infections.

“If it’s a viral cause, you have to maximise your immune system,” Cohen warns. “Things like sleep. If you’re rundown, if you’re stressed – and that can be emotional stress as well as physical stress – if you’re not getting enough sleep, if you’re not eating well and if you’re not drinking enough [water] and you’re dehydrated, they can all make a cough worse or prevent it from getting better.”

Sleep and hydration can really help when it comes to respiratory illnesses, while humid environments, taking steamy showers or breathing in boiling water with eucalyptus can help people recover faster from a chesty cough.

“Steam can help open airways, break up the mucus and make it easier to cough,” Cohen says.

Meanwhile, other over-the-counter products and herbs such as Ivy Leaf which contains extract EA 575 can help. Still, it’s important to know that every herb is different and may not have the same positive impact on a cough.

“With herbs, it’s sort of like red wine. You can go and say drink red wine, but there’s a big difference between a cast wine and a fine bottle of wine and there’s all the different types,” Cohen says. “Herbal medicine is a bit like that. When you say Ivy Leaf, there’s one particular one that’s had all the research done on it.”

The EA 575 variant can break up mucus, help people cough it up and open the airways to make breathing easier. Gargling with salt water can also help, particularly if someone is experiencing a sore throat, while Cohen recommends Manuka honey for people with irritated throats.

It’s always important to pay attention to your own health and the health of loved ones to ensure small coughs don’t become a big problem by not being treated.

Read more: Wheezy in winter? Half of the Aussies with COPD don’t know they have it

“The older you get, the more difficult it is to overcome illnesses, so you want to get them early,” Cohen warns. “You don’t want to say you’re okay and soldier on. You want to deal with it earlier rather than later.”

This includes being aware if there’s something new or strange in your health and seeking medical treatment or visiting a GP if a cough doesn’t get better after a few days.

Have you had problems with a persistent cough? What natural ways have you found help you recover quicker?