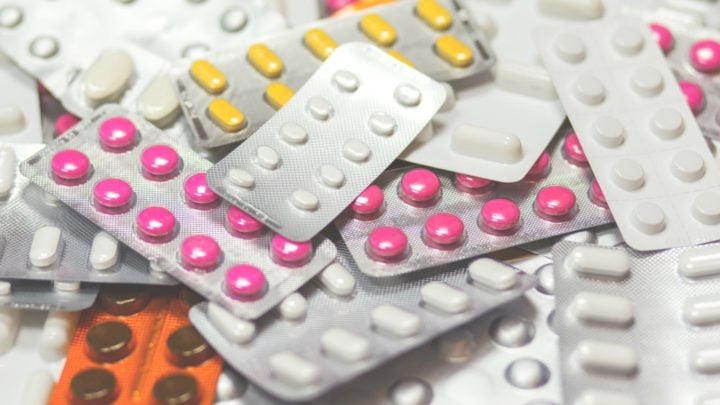 The likelihood of facing health problems can increase with age, so it’s no surprise that many people rely on multiple medications to manage their conditions and stay as healthy as possible.

But now an alarming new report has shown the number of over-70s taking five or more medications a day has risen to nearly one million and is increasing at an alarming rate – and it could actually be putting their health at risk.

The research, published in the Medical Journal of Australia by researchers from the University of Western Australia and UNSW Sydney, acknowledges that medication use is common among older Australians, but that taking five or more at the same time can increase the risk of side effects, more frequent hospital admissions and falls.

Researchers analysed a 10 per cent random sample of people eligible for medicines listed on the Pharmaceutical Benefits Scheme (PBS) between January 1, 2006, and December 31, 2017. They found there was a 52 per cent increase in the number of people taking five or more medications between that time frame, with numbers rising to around 935,240 people in 2017. People in their 80s were most likely to be using more than five medications.

It’s believed the increase could be attributed to a growing ageing population, but researchers say more work needs to be done to ensure medication management balances the benefits and potential risks of taking so many.

Medicines purchased without a prescription such as vitamins, minerals, herbal supplements, or those not listed on the PBS, weren’t considered for the study. However, the use of the medications that were considered was “much higher” in Australia than in the United States or the United Kingdom.

“There have been many awareness raising activities in recent times about the risks of taking multiple medicines and there is evidence of poor health outcomes in older people.  However the number of older people taking multiple medicines has increased,” lead author Amy Page from the University of Western Australia’s Centre for Optimisation of Medicines said in a statement.

“Strategies to increase people’s understanding of the potential risks involved in taking multiple medications are needed that target both health professionals and the public.”

She said that while multiple medications may be necessary to manage certain health conditions, that then needs to be carefully assessed by a medical professional and balanced against the potential risk factors.

Appearing on Monday’s episode of Today, medical expert Dr. Ric Gordon said that while the report is concerning, it’s not surprising.

“We know that as medicine gets better, we have drugs for new diseases,” he explained, pointing out that taking more medication can also increase the risk of side effects, drug interactions or simply forgetting which medications you’ve taken.

"We need to own these problems as patients and grill our doctors accordingly." Dr. Ric Gordon on the alarming rise in the number of prescription pills being taken by elderly Australians. #9Today pic.twitter.com/PL5777CKFS

Gordon said the issue wasn’t health professionals overprescribing, but acknowledged that they play a role in their patients’ medication use.

“If you’re going to be the doctor who puts you on the sixth drug, you need a very good reason for doing that and to look back and say, ‘Is it going to interact with the other drugs?’ or ‘Can I remove one of those other drugs so that we’re down to those five again?’”

He also pointed out that medication can help older people live longer and give them a better quality of life and the role of doctors is to analyse the medication people are taking. He added that “time was absolutely critical” in getting the medication dose correct.

Read more: Medication, health and the factors putting over-60s at risk of falls

It’s always important to talk with a health professional about both your complimentary and prescription medication use to ensure there are no side effects or interactions that can cause further issues.

How many different medications do you take?