How a probate caveat can protect your assets 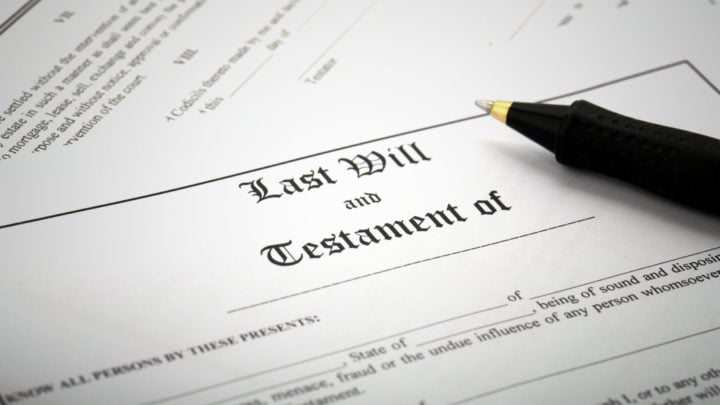 A probate caveat could help to protect an estate from landing in the wrong hands. Source: Getty

Imagine this. Jacob’s Mum, Barbara, has died. She was 96 and had dementia, and two months before she died, his brother Samuel typed up a will and had Barbara sign it. Under that will, Samuel was named as the executor and everything was to pass to Samuel when Barbara died.

Jacob doesn’t trust Samuel one bit and suspects that Samuel has been dipping into Barbara’s bank account as her enduring attorney. If I was wearing Jacob’s shoes, soon after Barbara’s death, I’d be skating along to my lawyer and talking with them about filing a probate caveat.

So, what is probate? What would be the problem with Samuel getting probate and how can a probate caveat help?

Probate is a legal process. It requires a registrar or judge of the supreme court to look at the original will, the death certificate and other information to ensure that the will is the last and valid will made by that person. If the court is satisfied that the will is valid, it issues a fancy piece of paper bearing the court seal which the executor can then send to banks and other entities to ‘get in’ the assets belonging to the person who has died.

The problem with Samuel getting probate is that the fancy piece of paper would be the key to Samuel writing to banks and other entities, to let them know that he is looking after Barbara’s estate and to unlock her assets.

Unless Jacob does something, the end result could be that Barbara’s assets would end up with Samuel.

The main reason that a probate caveat is filed is where there are doubts about whether the deceased’s last will was valid or in fact, their final will. For example, there might be concerns that the deceased didn’t know what they were doing, or that they were acting under duress or the influence of another person, when they made the will.

But there’s another reason that a probate caveat might be filed and that is where the person named as ‘executor’ might not be appropriate to look after the estate. If there is reason to think that the executor has done the wrong thing by the deceased person and, for example, that assets have found their way to the executor’s pocket, a probate caveat can flag to the court that there are objections to that person acting as executor.

It’s also possible to put in a caveat to the supreme court if someone has died without a will and someone else is applying to look after their estate.

So, if you don’t like the will, the way it was done, or don’t like the executor, there may be something you can do about it.  But as with most legal processes – don’t delay! Like most things in life and death, timing can be everything.