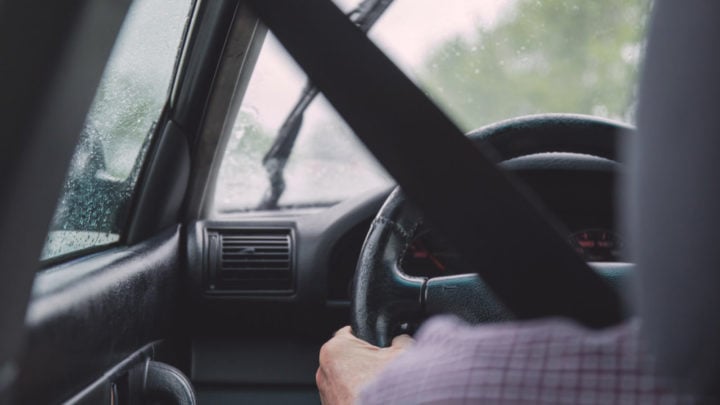 Getting behind the wheel might be the answer to your retirement income woes. Source: Pexels.

It’s quite common these days for retirees to head back into the workforce to help earn an additional income or even just to give themselves something to do in their spare time. But this doesn’t always mean going back under the thumb of a boss and a rigid schedule. In fact, earning an income as a self-employed worker is now right at your fingertips.

Ride-sharing apps like Uber have become the sure-fire way for people to earn money on their own terms. With no set hours, decent pay and the comfort of an air-conditioned vehicle – retirees in particular are becoming increasingly attracted to the laid back lifestyle of the gigging economy.

Natalie Livet, Uber’s Greenlight Regional Lead said that although flexible work has traditionally been hard to find, Uber has managed to create a job that works around any given time or circumstance.

“Driver-partners can choose when to use the app and can manage their own schedule to suit them and their families — for some that might be during their morning commute, weekend evenings, or the early hours of the morning,” she said.

There are no upfront costs to become a driver, however, there can be costs associated with meeting the requirements. Although these regulatory requirements can differ between cities, the most common are to:

However, tax deductions can be made on a whole range of areas which, according to H&R Block, include:

As most will know, Uber is based on a rating system that keeps tabs on both the driver and the rider. This reward/punishment process means that both parties are always accountable for their actions including damage to the vehicle from the passenger or unsafe activity from the driver.

There is also the option to share your journey with anyone you like so they can track where you’re heading if you feel unsafe. And as payments are automatically deducted from the rider’s account, there is no room for common issues that arise with cash-in-hand jobs.

Uber also automatically cover their drivers under an insurance policy with Chubb Insurance to receive a lump sum payment for certain accidental injuries that can come from an on-trip accident. These common incidents include broken bones, permanent disability and accidental death compensation, as well as the opportunity for reimbursement or lump sum benefits in certain events such as hospitalisation or assault.

However, drivers are responsible for making sure they’re properly insured and that their cars are:

After some debate over the relationship between Uber and drivers, The Fair Work Ombudsman came to the conclusion last year that drivers of Uber were not considered employees due to a lack of formal obligation for drivers to work. The flexibility of being able to choose their own hours meant that drivers were exempt from employee benefits such as sick leave, annual leave and receiving the minimum wage.

Pension and the Work Bonus

As of July 1 last year, self-employed workers in retirement are now able to apply for the Work Bonus Scheme to increase the number of hours they can work without affecting their pension rate.

The first $300 of fortnightly income is not assessed by Centrelink, and as it’s not included in the pension income test of $174 for a single pensioner, it becomes possible for a single pensioner to be earning up to $474 while still receiving the maximum pension amount, according to the Department of Social Services.

Pensioners can also accrue any unused hours up to the amount of $7,800 to be claimed to offset future income amounts that would otherwise be assessed by Centrelink.

Have you considered working during your retirement? What has stopped you?