‘The retirement surprise we hadn’t really planned on’ 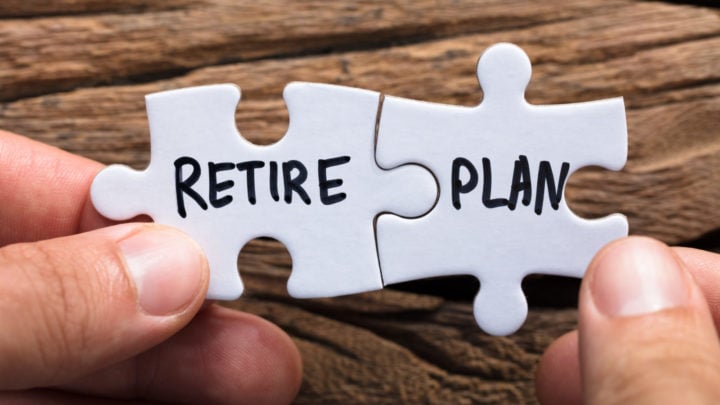 Naturally, once you retire from work the days of the week no longer hold the same importance as they did before, when ‘TGIF’ was the catchphrase on most people’s lips at the end of the working week, and Thursday was pay day! For sports lovers, Saturday was when you went to the footy, the cricket (depending on the time of year), or you took part in some sport yourself. And of course, for some, Sunday meant church.

Once you retire, most of that changes, or for us it has anyway. Suddenly, all days have pretty much the same value, weekends no longer carry the same importance as they did before (except for those sports lovers of course!), and time is measured by a completely different set of rules. It may be that every Monday you go up to the hospital for an hour of physiotherapy, except for the first Monday of every month because you meet friends at the Coffee Palace then, something you’ve been doing for the past 20 years and you don’t intend changing that now, just for a bit of exercise!

Then there may be the days when your pension appears in your bank statement (in our case every two weeks), and you shoot off to Aldi the next day to convert some of that lovely cash into lovely food and other household items. In our case, the pension appears on a Monday lunchtime, so alternate Tuesdays are spent driving the 67 kilometers to Traralgon, where the nearest Aldi store is situated, then shopping in other places too, making use of the fact that we’re there anyway, and then driving the 67km home again, where the ritual is completed with the carrying of six heavy freezer-bags from the car into the kitchen.

Jacqui and I are both members of University of the Third Age (U3A), something that sounds pretty grand to anyone unfamiliar with the establishment, but actually, especially in our branch, it’s more of a social activity with a little bit of learning thrown in to make things more interesting. The word ‘university’ in the title can be a little bit off-putting to strangers, but it really has nothing to do with degrees or anything like that; it has much more to do with keeping our older brains alive with simple tasks of the mind. U3A occupies us several days each month, some on a regular basis and others occasionally.

Many of our activities can take place on any day of the week, so a Sunday seems very little different from a Tuesday to us, which means we have to keep careful pace with just where we are in the week, as well as when we are, if you see what I mean! I often have no idea what day of the week it is, until I do a bit of research, which is where the computer comes in very handy because there, down in the right-hand corner of the screen, is the time, the date, the month and even the year… Though I’ve never been so confused as to need to know what year it is, except perhaps for the first couple of weeks of a new year! I would like to add here that I am not describing my Alzheimer’s to you (I’ve been tested and I’m in the clear), it’s simply that the retirement years tend, as I’ve described above, to lack the specific fixed reminders we have when we are at work. The days and weeks tend to just flow gently, and at ever increasing speed, from one into another.

That’s another part of the problem of old age! I was stunned, on Boxing Day, to hear an announcer on the TV telling us that the awful year when so many yachtsmen drowned during the Sydney to Hobart annual race, happened 20 years ago! If anyone had asked me if I knew when the disaster had happened, I would have guessed that it was about seven or eight years since that happened.

Yes, old age has its compensations certainly, but clarity of thought is not one of them! Apparently some ‘expert’ has said this isn’t due to loss of memory, but rather that during a long and active life we accumulate so much information that it takes our brains longer to find the bit that we require. Now that’s a relief isn’t it!

If you're retired, do you find that you lose track of the days of the week? Are there things you've encountered that are unexpected as you've got older?