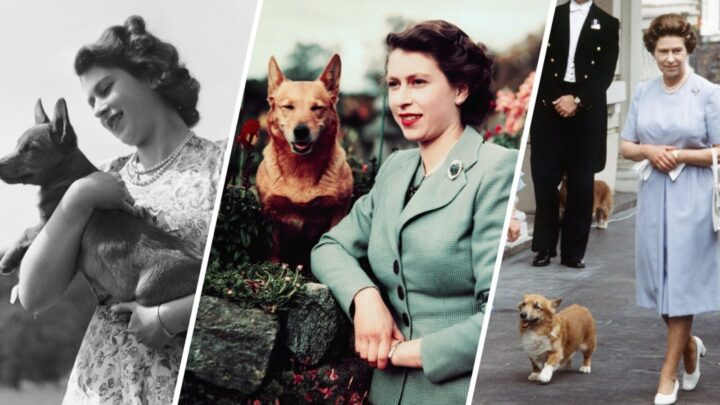 It was common knowledge that Queen Elizabeth II was an avid animal lover, but there is one animal in particular that many people will forever link to the late Monarch- a corgi.

The adorable four-legged friends served as the Queen’s constant companion from a young age.

Following the announcement of the Queen’s passing last week, dog lovers the world over have been left wondering what will happen to Her Majesty’s beloved pooches.

According to People, the Monarch’s two dogs- Muik and Sandy- have been adopted by Prince Andrew and his ex-wife Sarah “Fergie” Ferguson.

“The corgis will return to live at Royal Lodge with the Duke and Duchess. It was the Duchess who found the puppies, which were gifted to Her Majesty by the Duke,” a source told People.

They also added that Fergie had previously “bonded with Her Majesty over dog-walking and riding horses and even after her divorce, she would continue her great friendship with Her Majesty, by walking the dogs in Frogmore and chatting”.

Throughout her life, Queen Elizabeth owned over 30 corgis, each one loved the Queen as much as she loved them, so much so that Princess Diana once called them a “moving carpet”.

“One of the intriguing things people are wondering about at the funeral is whether a corgi is going to be present,” says Robert Lacey, royal historian and author of Majesty: Elizabeth II and the House of Windsor.

“The queen’s best friends were corgis, these short-legged, ill-tempered beasts with a yap that doesn’t appeal to many people in Britain, but was absolutely crucial to the Queen.”

While many are relieved that the Queen’s furry companions will remain in the Royal family, Andrew’s role as the new caretaker has sparked considerable backlash online.

The Corgis when they realise that Prince Andrew is their new owner.pic.twitter.com/dq8krAOm0c

It only makes sense that Prince Andrew will care for the corgis. He was already in the dog house. #QueenElizabethII #Corgi #PrinceAndrew

Just learned the Queen’s corgis are going to live with Prince Andrew. Thoughts and prayers.

BREAKING NEWS: The Queen’s beloved corgis will be sent to the Royal Lodge on the Windsor Estate to live with Prince Andrew #corgis #queen #horror pic.twitter.com/MThxrCVQqR

Since stepping down from his royal duties in 2019, Andrew has remained a controversial figure in his family. The disgraced Prince had previously been accused of sexually assaulting an underaged girl who was a victim of notorious US sex offender Jeffrey Epstein.

Andrew has since been stripped of his honourary military titles and is no longer a working royal.

Following his mother’s death, Andrew has also been barred from wearing his military uniform to events remembering the Queen. He will be the only one of the Queen’s four children dressed in a black mourning suit when attending her ceremonial events.