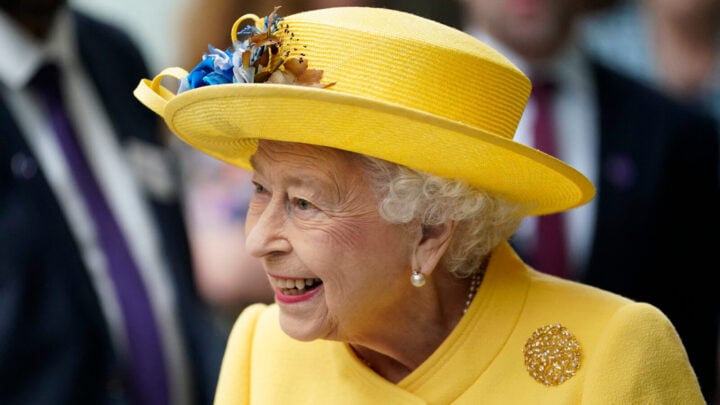 The Queen has made a shock appearance at London's Paddington station. Source: Getty

Queen Elizabeth II made a surprise appearance at the opening ceremony of the Elizabeth Line at London’s Paddington station.

With the aid of her walking stick, Her Majesty was accompanied by Prince Edward, the Earl of Wessex, and welcomed to the ceremony by Prime Minister Boris Johnson and the London mayor, Sadiq Khan.

Fantastic to attend the opening ceremony of @TfL’s new Elizabeth Line at Paddington station today, alongside Her Majesty The Queen.

Long-term investment in UK infrastructure is crucial for growing the economy and providing better transport for generations to come. pic.twitter.com/DxEOYLAKHn

Delayed by issues with safety and signalling systems, originally due to open in December 2018, the Elizabeth Line will link destinations west of London with Shenfield, Essex, and will be open to the public from May 24.

The Queen was given an oyster card and shown how to use it before wandering around the station, greeting staff who helped with the development of the Crossrail project, including those who will continue to run the line.

“Celebrating the opening of the Elizabeth Line!,” a statement from the Royal Family’s Instagram read.

“Named in honour of The Queen, today Her Majesty and The Earl of Wessex visited Paddington Station ahead of the new line opening to passengers next week.

“The Queen and The Earl met those who have been key to the Crossrail project, as well those who will be running the railway – including apprentices, drivers, and station staff.”

The Queen recently shocked royal watchers when she made her first public appearance since the late Prince Philips’s memorial on March 29, appearing in high spirits as she attended the Royal Windsor Horse Show held at Windsor Castle on May 15.

The appearance came after Her Majesty had “reluctantly” pulled out of attending the State Opening of Parliament on May 10, due to “mobility issues”.

Buckingham Palace released a statement confirming the Queen’s absence from the event.

“The Queen continues to experience episodic mobility problems, and in consultation with her doctors has reluctantly decided that she will not attend the State Opening of Parliament,” the statement read.

“At Her Majesty’s request, and with the agreement of the relevant authorities, The Prince of Wales will read The Queen’s speech on Her Majesty’s behalf, with The Duke of Cambridge also in attendance.”

The 96-year-old Queen’s public appearances have been rare since she was hospitalised for a night in October 2021, for an unspecified illness. She has mostly continued her duties from her home remotely or at Windsor Castle.