So grown up! Royals release portrait of Princess Charlotte for 6th birthday 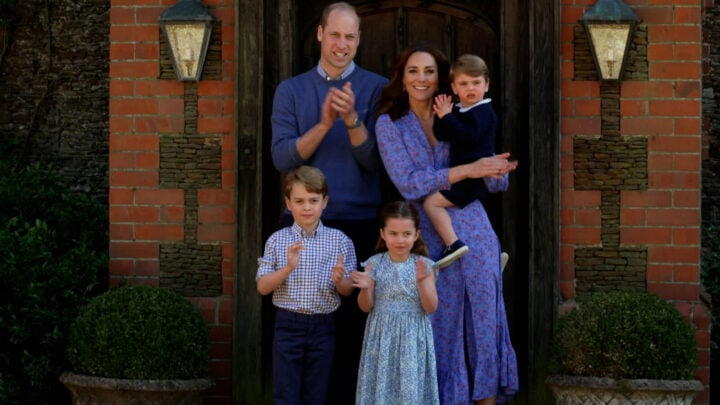 Oh what a difference a year makes! Princess Charlotte with her family in April 2020. Source: Getty

The royal family has shared a gorgeous photo of Princess Charlotte to their social media accounts over the weekend, to celebrate her 6th birthday on Sunday, May 2.

The sweet snap was taken by her mother Catherine, the Duchess of Cambridge, earlier on Saturday in Norfolk, eastern England, where the family currently lives.

In the picture, Charlotte is shown wearing a blue dress with a floral pattern and pink buttons, as she stands with her hair falling over her shoulders, smiling at the camera. The caption says, “Wishing Princess Charlotte a very happy sixth birthday today.”

Charlotte’s eyes and sun-kissed blonde locks have reminded many royal fans of her father, Prince William, while others have compared her to her great-grandmother, Queen Elizabeth.

The photo was shared to the royals’ official Instagram and Twitter accounts (@The Royal Family) but not to William and Catherine’s @KensingtonRoyal account, due to a four-day media blackout. A post on their account explained that the blackout is in support of the football community.

William and Catherine celebrated their 10th wedding anniversary last Thursday, April 29, uploading a heart-warming video to their social media accounts on the day, featuring their young family frolicking in the great outdoors. They also thanked royal fans in the post, saying, “We are enormously grateful for the 10 years of support we have received in our lives as a family.”

Who do you think Princess Charlotte looks like most?