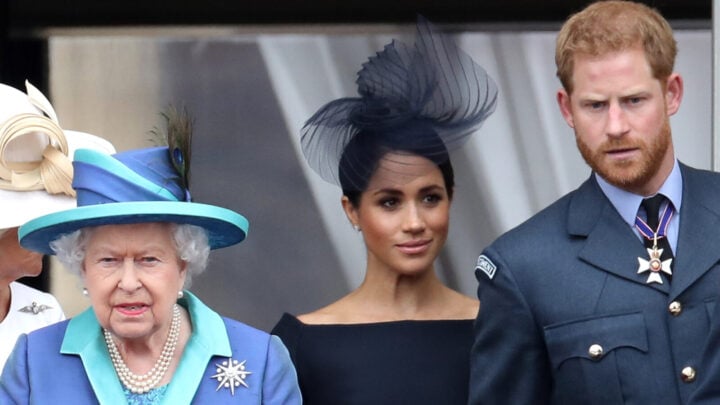 Since officially stepping down from royal duties last year, Prince Harry has spoken publicly about royal life several times, and taken more than a few digs at family members. His most recent targets were his father Prince Charles and grandparents Queen Elizabeth II and the late Prince Philip — a move that has reportedly left his grandmother “deeply upset”.

A royal source told the Mail on Sunday that the Queen has taken Harry’s latest comments personally. “The Queen is deeply upset by what Harry has said, in particular his comments about Charles’ parenting and suggestions that his father knows no better because of how he was brought up,” the royal source said. “It has been a very upsetting time.”

Harry’s criticisms first started in early March, after he and his wife Meghan Markle sat down for a tell-all chat with American talk show host Oprah Winfrey. The couple openly discussed everything with Oprah, from jealously to a lack of support from the royal family, and even relationship breakdowns between members.

More recently, the 36-year-old spoke to American actor Dax Shepard in mid-May on the Armchair Expert podcast, where he accused his father of inflicting “genetic pain” on him, and blaming the Queen and Prince Philip for enforcing a cycle of poor parenting decisions in the royal family.

During the 90-minute interview, Harry claimed Charles’ parenting style was a result of the pain he had experienced in his own childhood. “I don’t think we should be pointing the finger or blaming anybody, but certainly when it comes to parenting, if I’ve experienced some form of pain or suffering because of the pain or suffering that perhaps my father or my parents had suffered, I’m going to make sure I break that cycle so that I don’t pass it on,” he said, adding that this is why he made the decision to move his family overseas.

Just last week, Harry opened up about his royal past once again, this time in his new mental health TV mini-series The Me You Can’t See, where he complained about growing up in the public eye and aired fears his wife Meghan could face a similar fate to his mother, Princess Diana, who was killed in a car crash when she was just 36 years of age.

“History was repeating itself,” he told Oprah on episode three of the series, People magazine reported at the time. “My mother was chased to her death while she was in a relationship with someone who wasn’t white and now look what’s happened. You want to talk about history repeating itself? They won’t stop until she dies.

“It’s incredibly triggering to potentially lose another woman in my life. Like, the list is growing and it all comes back to the same people, the same business model, the same industry.”

Harry was referring to his mother’s Egyptian boyfriend Dodi Al Fayed, who was also killed in the crash that took Diana’s life in 1997.

What are your thoughts on Harry's comments and conduct in recent months?