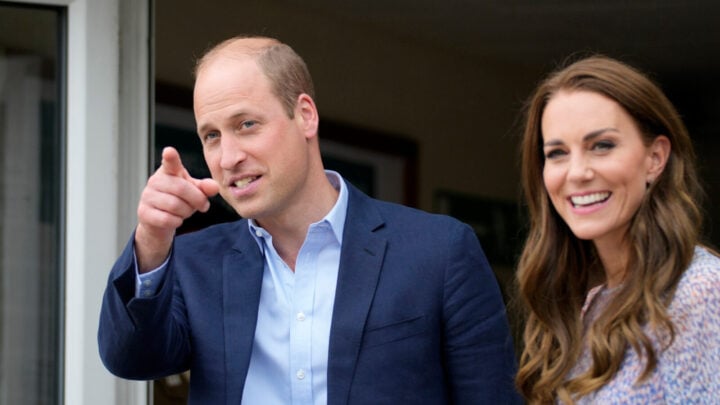 This isn't the first time the Prince has entertained onlookers with his rather hilarious one liners. Source: Getty

The ever-mischievous Prince William has made a hilarious joke about his disappearing hairline during a recent royal engagement.

The Prince made the comedic comment while awarding Oscar-nominee and film stylist, Martin Samuel an MBE.

Willaim made the rather hilarious comment at his own expense revealing his signature sense of humour despite the prestigious nature of the engagement.

After the ceremony, Samuel revealed Prince William’s cheeky comments during the ceremony.

“[The Duke] said, ‘Well I don’t really have much hair to speak of’ and I said, ‘but your wife does have beautiful hair’, so he said, ‘I’ll tell her that'” Samuel revealed.

It’s not the first time the Prince has displayed his humor during a public engagement, on Thursday, June 23, the Duke and Duchess of Cambridge attended a public unveiling of their first official joint portrait commissioned by the Cambridgeshire Royal Portrait Fund, where William couldn’t help but point out its grand size.

The special portrait will remain on display at the Fitzwilliam Museum for three years at the museum before it’s exhibited in other galleries in Cambridgeshire.

The Prince also recently entertained onlookers once again with his hilarious one liners, during a visit with England Women’s football team, the Lionesses, at St George’s Park on Wednesday afternoon, June 15.

Ever the ‘good sport’, the Prince later tried his hand at shooting as he joked to the women to “be kind” as he took his first shot, which was caught by the goal-keeper.

“This could go anywhere…it’s a long way for me,” the Prince joked.

After taking his first failed shot, the Prince said, “At least it’s on target, I’ll take that” sparking a large laugh from the players.

Despite the Prince’s signature light-hearted nature and friendliness, the Prince recently made headlines after old footage emerged of him having an altercation with an out-of-line photographer who was allegedly “stalking” and filming Prince William, Kate and their three young children while out on a private outing in Sandringham.

The footage, allegedly taken sometime last year, 2021, showed a clearly upset Prince William defending himself and his family as he blasts the photographer for intentionally breaching the royal family’s privacy.

The photographer denies any wrongdoing, saying, “I just realised who it was” before William snap backs, “No you didn’t, you were out here looking for us! Don’t pretend”.

“How dare you behave like how you’ve done with my children? How dare you!” The Prince continues.