Philip’s guest list: William and Harry to be separated in funeral procession 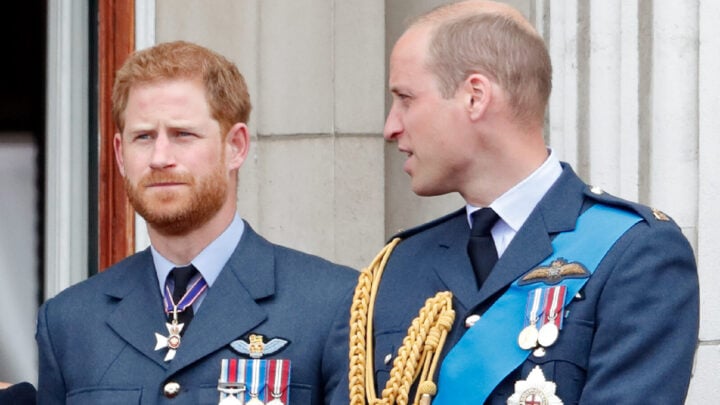 We all remember the images of Prince Philip walking beside a young William and Harry as they followed their mother’s coffin to Westminster Abbey, but it appears the rift between the princes runs so deep they won’t be putting on a united front at their grandfather’s funeral this weekend.

The guest list for Prince Philip’s scaled-back royal funeral has been revealed, and due to current Covid-19 restrictions in the UK, just 30 people will attend the Duke of Edinburgh’s royal ceremonial funeral, on Saturday, April 17, from 3pm (local time) at St George’s Chapel, Windsor.

As a result, the funeral attendees will be mostly family members. Of course, Queen Elizabeth II and Prince Charles and Camilla, Duchess of Cornwall will be in attendance. Philip’s other children and their spouses will also be present: Princess Anne and her husband Timothy Laurence, Prince Edward and his wife Sophie, Countess of Wessex, and Prince Andrew. However, Andrew’s ex-wife, Sarah, the Duchess of York did not make the cut.

Philip’s grandchildren and select spouses will also be in attendance. That includes Prince William and his wife Catherine, Duchess of Cambridge, as well as Prince Harry. A royal spokesman previously confirmed that Harry’s wife, the Duchess of Sussex, who is expecting the couple’s second child in the American summer, would not be attending Philip’s funeral on advice from her doctor.

Princess Beatrice and Princess Eugenie, and their respective husbands, Edoardo Mapelli Mozzi and Jack Brooksbank will also attend. Princess Anne’s son Peter Phillips, and her daughter Zara Tindall and her husband Mike have also been invited. While Prince Edward and Sophie’s children, Lady Louise Windsor and James, Viscount Severn round out the grandchildren. The great-grandchildren of the Queen and Philip will not be in attendance.

Other attendees include the Queen and Philip’s nephew and niece, David Armstrong-Jones, Earl of Snowdon, and Lady Sarah Chatto, the children of the late Princess Margaret. Lady Chatto’s husband, Daniel Chatto, will also be attending.

The Queen’s cousins, Prince Edward, the Duke of Kent and Princess Alexander will also be in attendance. However, the pair’s brother, Prince Michael of Kent did not make the list. Philip’s German relatives will also be paying their respects in person. Those who made the list include Bernhard, Hereditary Prince of Baden, Prince Donatus, Landgrave of Hesse and Prince Philipp of Hohenlohe-Langenburg. And Philip’s close friend, Penelope Knatchbull, Countess Mountbatten of Burma will also be in attendance.

Meanwhile, some members of the royal family will form a procession on foot behind the coffin, but while Philip’s children will walk side-by-side, William and Harry will be notably separated by Peter Phillips and Anne’s husband Timothy and then Earl of Snowdon. The decision to seperate the brothers only further highlighted the rift between the princes following Harry and Meghan’s explosive tell-all chat with Oprah Winfrey last month, where everything from jealousy, a lack of family support, and even racism claims were levelled against the royal family.

It’s also been revealed senior members of the royal family will not wear their military uniforms to the funeral and will instead wear mourning dress. It’s been widely reported that the last-minute decision, approved by the Queen, was made in order to present a united family front. If those changes weren’t made, Prince Harry would’ve been the only one not in uniform, as he was recently stripped of his honorary military titles after he quit royal duties and moved to the US.

Channel Nine will be broadcasting the funeral live from 11pm (AEST) on Saturday.

You can read more about Philip’s funeral details here.

Will you be watching Prince Philip's funeral?