Prince Harry arrives in the UK for Philip’s funeral, Meghan stays behind 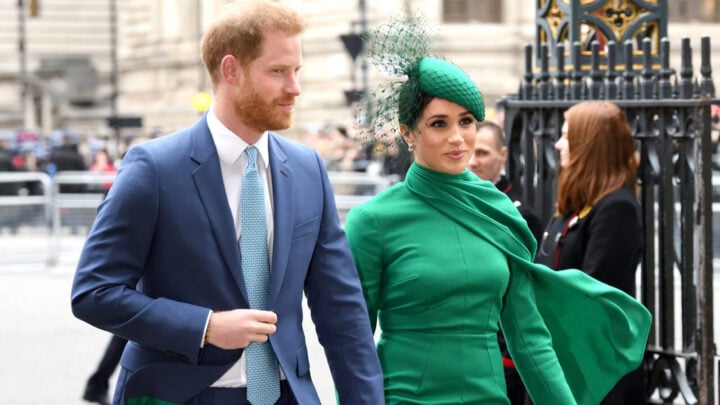 It's Prince Harry's first time in the UK since he and Meghan called it quits on royal life. Source: Getty.

Prince Harry has landed in the UK for the first time since his split from the royal family. The Duke of Sussex will join his family on Saturday to mourn the loss of his beloved grandfather Prince Philip, who died peacefully at Windsor Castle on Friday morning, UK time, at the age of 99.

A royal spokesman previously confirmed that Harry’s wife the Duchess of Sussex, who is expecting the couple’s second child later this year, would not be attending Philip’s funeral at the weekend. However, it’s not clear whether Harry has brought his son Archie, who turns two next month, on the trip.

A spokesperson for the Sussexes told People magazine, Meghan had been advised by her physician not to travel.

It will be the first time Harry comes face-to-face with his family since his and Meghan’s explosive tell-all chat with Oprah Winfrey last month, where everything from jealousy, a lack of family support, and even racism claims were discussed.

Harry and Meghan were among the first to pay tribute to the prince over the weekend. The couple shared a touching tribute through their charity foundation, Archewell.

“In loving memory of His Royal Highness the Duke of Edinburgh 1921-2021,” the message, which was posted to the charity’s website, read. “Thank you for all your service … you will be greatly missed.”

Prince Philip’s royal ceremonial funeral will take place on Saturday, April 17 at 3pm in the UK at St George’s Chapel, Windsor, Buckingham Palace said in a statement at the weekend. The funeral will be closed to the public for health and safety reasons.

The palace said Philip had a hand in his own funeral arrangements, and the occasion “will recognise and celebrate the duke’s life and his more than 70 years of service to the Queen, the UK and the commonwealth”. The duke also took part in designing the modified Land Rover that will carry his coffin.

“It will be a ceremonial royal funeral, the same as for Queen Elizabeth The Queen Mother, rather than a state funeral — something which is generally reserved for monarchs,” the palace statement read. “The plans have been approved by the Queen and reflect appropriate government advice.”

Between now and then, Philip’s body will be laid at Windsor Castle in a coffin covered with flowers. On April 17, Philip’s coffin “will be moved by a Bearer Party found by The Queen’s Company, 1st Battalion Grenadier Guards”. The coffin will then be carried in the Land Rover in a small ceremonial procession to St George’s Chapel for the funeral service. The Duke of Edinburgh’s Naval cap and sword will be placed on the coffin ahead of the service.

Members of the royal family and the Duke of Edinburgh’s household will walk behind the coffin from the Quadrangle, down Chapel Hill and into Horseshoe Cloister. The funeral service will begin with a national minute’s silence at 3pm.

The Queen has entered an eight-day period of mourning following her husband’s death, meaning she won’t be taking on any royal engagements during this time. After the eight days, the country is expected to go into an official 10-day long mourning period, while the royal family and household will reportedly do so for 30 days.

Have you ever missed a family member's funeral?