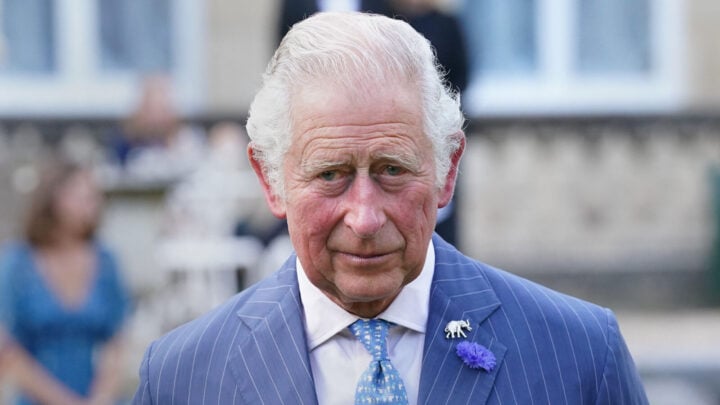 Its believed that Lilibet also met her great-grandmother the Queen. Source: Getty Images.

The eyes of Britain may have been squarely fixed on the Queen during the recent Platinum Jubilee celebrations but Prince Charles only had eyes for his granddaughter Lilibet during a “very emotional” first meeting.

The Prince of Wales was finally able to meet his granddaughter Lilibet for the first time during the Queen’s Platinum Jubilee after Prince Harry and Meghan Markle brought their children Archie, 3 and Lilibet, 1, to the United Kingdom (UK) for the celebrations.

Here’s an adorable photo of Lilibet, on her 1st birthday on Saturday at Frogmore Cottage on the Windsor Castle estate. pic.twitter.com/8gsuvYi9nn

A royal source told UK reporters during a briefing on Clarence House’s annual financial review that the 73 year old’s meeting with his granddaughter was “very emotional”.

“It was a fantastic visit and of course the Prince was delighted to see his grandson and meet his granddaughter for the first time,” the source said.

“It was fantastic to see them. It was wonderful to have them back in Britain, the Prince [Charles] and the Duchess [of Cornwall] were absolutely thrilled to see them.

“The Prince of course hasn’t seen his grandson Archie for a bit of time and so it was very, very, very special to have some time with him. He hadn’t met Lilibet, his granddaughter, and so to meet her for the first time was I think very emotional, a very wonderful thing.”

It’s believed that Lilibet also met her great-grandmother the Queen, who she is named after, following the Trooping of the Colour. Lilibet was a nickname given to the Queen when she was a child because she couldn’t say ‘Elizabeth’ properly.

The Queen had reportedly extended an invitation to Harry and Meghan to attend the Platinum Jubilee celebrations following a secret meeting between Harry and the Queen earlier in the year.

But in a bombshell move, the Queen banned Prince Harry, Meghan Markle and Prince Andrew from appearing on the Buckingham Palace balcony during the celebration with Buckingham Palace revealing the official guest list for the balcony appearance will be limited to working members of the Royal family only.

“After careful consideration, the Queen has decided this year’s traditional Trooping the Colour balcony appearance on Thursday 2nd June will be limited to Her Majesty and those members of the Royal Family who are currently undertaking official public duties on behalf of the Queen,” a Palace spokesperson said.

Despite the snub, a spokesperson for Harry and Meghan said the couple would still be in attendance for the other events as part of the celebrations.

“Prince Harry and Meghan, The Duke and Duchess of Sussex are excited and honoured to attend The Queen’s Platinum Jubilee celebrations this June with their children,” the spokesperson said in a statement at the time.

The touching meeting that resulted is a major step forward for relations between Harry and the Royal Family after reports emerged that tensions have remained high between Harry and other royal members, with rumours swirling that Harry and Charles have not spoken in months.

The troubled relationship between the pair was revealed during an explosive tell-all interview with Oprah Winfrey earlier in 2021 where Harry claimed he had spoken with his father about stepping away from Royal duties “before he stopped taking my calls”.

When pressed why his father had stopped speaking to him Harry responded, “because by that point I took matters into my own hands. I’ve got to do something for my own mental health, for my wife’s, and for Archie as well”.