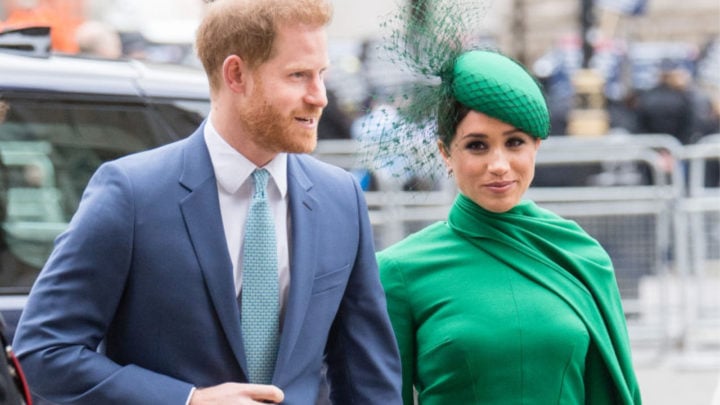 The couple will leave their multimillion dollar mansion they were borrowing on Vancouver Island. Source: Getty.

Prince Harry and the Duchess of Sussex have fled Canada to begin a new life in Meghan’s native California amid the coronavirus panic. Their new home is said to be close to Hollywood where they will now be living in lockdown with their 10-month-old son, Archie.

Although their decision to leave the Commonwealth country might come as as surprise to the public, a royal insider told The Sun that the move had been planned for a while, however, with borders closing and flights stopping between Canada and the US, the couple had to make an immediate decision. Heading to the US will be a step closer to home for Meghan who was born and raised in Los Angeles and whose mother Doria Ragland still resides there.

“They have a big support network there,” the source told the British news outlet. “It’s where their new team of Hollywood agents and PRs and business managers are based. Meghan has lots of friends there and, of course, her mum Doria.”

Heading across the border means the couple will be leaving behind their rented waterfront mansion located on Vancouver Island where they had been living since before Christmas.

And while it may come with a busier lifestyle, being closer to Hollywood will no doubt be beneficial for Meghan’s return to the screen as the actress-turned-duchess as it was recently revealed that she had recorded a voiceover for a new elephant documentary that will be airing on Disney’s streaming service, DisneyPlus.

Disneynature’s Elephant, an Original Movie narrated by Meghan, The Duchess of Sussex, starts streaming April 3, only on #DisneyPlus.

The documentary, Elephant, is narrated by Meghan and will be released in early April exclusively on the Disney streaming service. Her fee for the project will be donated to the Elephants Without Borders charity – an organisation dedicated to conserving wildlife and helping protect the animals from poaching.

Meghan’s movie deal was believed to have been sealed last year after Prince Harry was filmed touting his wife’s voiceover abilities to Disney CEO Bob Iger at the Lion King premiere in London. The video caught Harry saying: “You do know she does voiceovers?” While a surprised Mr Iger replied: “I did not know that”, before Harry continued: “You seem surprised, she’s really interested”.

Harry’s relocation comes only days after his father Prince Charles tested positive for coronavirus. The statement from Clarence House said that it was not possible to know who the prince caught the virus from considering he had attended a high number of public events in the recent weeks.

The 71-year-old royal was said to be presenting mild symptoms of Covid-19 but was otherwise in good health. The report also said that although the Duchess of Cornwall was self-isolating with the Prince of Wales in Scotland at the time, she tested negative for the virus.

Do you think the couple are better off in the US?