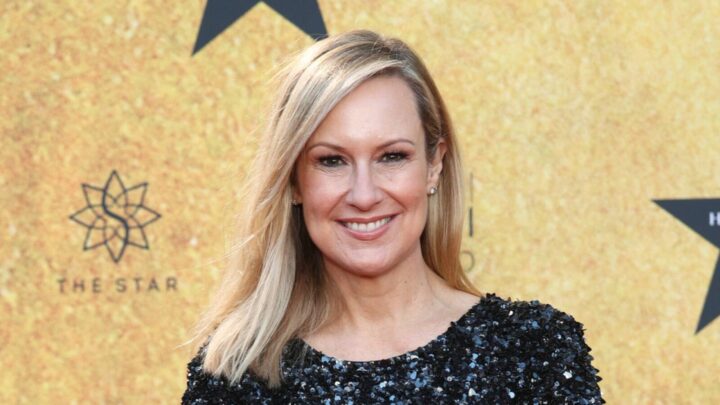 'People are so quick to be critical' about older women in the spotlight, says presenter Melissa Doyle. Source: Getty

Popular media personality Melissa Doyle has admitted that she hates the way ageing women are treated.

The former Sunrise host, who celebrated her 50th milestone birthday last year, has opened up about ageing in an interview, saying “people are so quick to be critical” about older women in the spotlight.

“It’s such a natural thing — like, we get older, and if we didn’t get older we’d be in a box, so I’d rather be above the ground and have a few crinkles around my eyes,” she continued.

The straight-talking journalist, who left Channel Seven in 2020 after 25 years, admitted that she wasn’t “quite ready to embrace greying hair herself”, but admired women like Andie MacDowell and Emma Thompson, who had.

“I think we’re just seeing more and more women who are in the public eye choosing to not worry about things that maybe they might have 20 years ago,” Doyle says.

“I think it’s such a choice, I think it is such a personal thing. But let’s just not be so quick to judge.”

Speaking of the “public eye”, the glamorous mother of two also confessed that she has been battling for years with a painful health issue that affects many other Australian women in later life.

“I’ve had issues forever,” she shared. “My eyes would get itchy and puffy and just puff up, so I’d look like I’d had a round with Mike Tyson.”

So frequent were the flare-ups that her children joked about her “having to wear a paper bag over her head”.

After going through years of doctor’s appointments and ruling out all kinds of allergies, Doyle says she was only recently properly diagnosed with dry eye syndrome by an ophthalmologist and was now learning how to treat the debilitating condition through environmental and behavioural changes, such as light treatment and “blinking exercises”.

Health issues aside, Melissa Doyle is clearly thriving and loving life after 50; as well as relishing a new lease on family life.

Now that her two children are older, she confesses that she is finding herself enjoying them in a different way.

“I love it,” she says. “Tali will be 18 next month, I can’t believe it. Nick is 20 and they’re just awesome humans. They are my friends. There’s nobody I would rather hang around with. And so I just I’m really enjoying it. You know, Tali is my bestie. I love the relationship that we have and I really value it.”

Media watchers were speculating earlier this week whether Doyle’s new-found glow could be attributed to her landing one of the most coveted gigs on Australian television – with the Today show.

Channel Nine stirred viewers up when they released a tantalising promo trailer for the week ahead, on November 20, featuring a still shot of Mel with the caption: “Mel Doyle joins Today”. Current host Allison Langdon says, “Mel is waking up with Today too”; to which Karl Stefanovic replies, “Now, that’s controversial.”

No further context has been forthcoming from the network yet, but Doyle says in her interview with 9Honey:

“If there’s something on the horizon that I don’t know much about then I’m like, ‘Hey, pick me’… so looking forward to the next adventure.”

Would you like to see Melissa Doyle join the Today show?