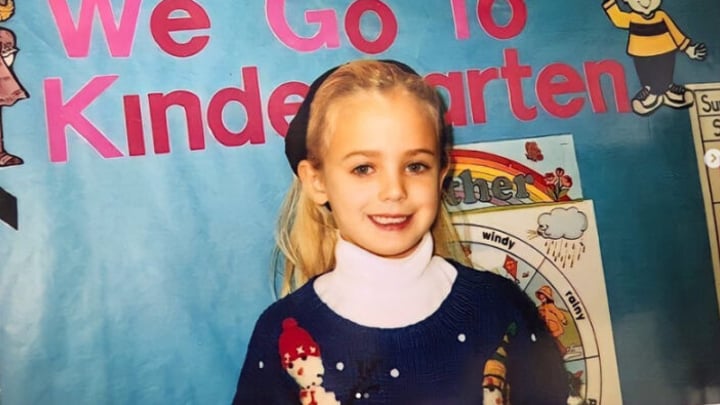 One piece of evidence that investigators have poured over is the ransom note found inside the Ramsey home which a private investigator from Utah now believes could hint at who killed JonBenét Ramsey. Source: @jonbenetramsey_memorypage

A signature found at the bottom of the JonBenét Ramsey ransom letter may hold the key to finding the killer of the child beauty pageant queen, according to a private investigator.

The 6-year-old was reported missing on December 26, 1996, after her family alleged to have found a ransom note inside their home. Her body was found in the basement, a later autopsy revealed that the cause of her death was strangulation.

Although no charges have been laid, Boulder Police Department Chief Maris Herold recently reaffirmed the department’s “shared goal” of bringing justice to “JonBenét’s family and everyone who was impacted by her loss” in response to a petition calling for the investigation to be handed to an outside agency.

“Our investigation with federal, state and local partners has never stopped. That includes new ways to use DNA technology. We’ve always used state-of-the-art technology as it has been at the forefront of this investigation. Every time the DNA technology changed, we worked to make sure the evidence could be tested,” Boulder Police said in a statement.

“This investigation has always been and will continue to be a priority for the Boulder Police Department.”

One piece of evidence that investigators have poured over is the ransom note found inside the Ramsey home which a private investigator from Utah now believes could hint at who killed JonBenét Ramsey.

Private investigator Jason Jensen, who has been investigating the case for several months, theorises that the killer may have some connection to the University of Colorado Boulder, which is located not far from the Ramsey home.

“The author of the ransom note may have been a student of one of these professors or perhaps a sibling of one of the students,” he told The U.S Sun.

Jensen points to the letters, S-B-T-C that were found at the bottom of the ransom note, which he believes is a reference to the university given that an academic paper that was published by two physicists at the institution around the same time as JonBenét’s murder was focused on the comparisons between pseudopotential and single-band truncated-crystal calculations, commonly referred to as SBTC.

“The odds of a paper being written in March 1996 referencing SBTC and a ransom note signed SBTC in Dec. 1996 just 1/2 mile apart seems uncanny to me,” Jensen explained.

“I believe the killer or attempted abductor was a local, someone likely living in the neighborhood, so I find this link of SBTC back to the university to be quite compelling.”

The investigation into JonBenét’s case captivated the public with speculation falling on the family. JonBenét’s parents were cleared of any wrongdoing in 2008 after DNA evidence collected from JonBenet’s clothing matched an unknown third party.

Following his own investigation, Jensen drew the same conclusion.

“The Ramseys were not involved in the death of their daughter,” he said.

“I have not seen any evidence to overcome the presumption of innocence in this case.”

Jensen isn’t the only expert to come forward with a theory as to the identity of JonBenét’s killer, recently DNA expert Cece Moore came forward claiming she could solve the case and identify the killer if detectives investigating the long-running mystery provided her with evidence for testing.

“It might only be a matter of hours before that DNA contributor is identified,” she told 60 Minutes.

“It is heartbreaking. There are people all over the world that want to see her killer brought to justice.

“When I do believe I have identified that DNA contributor, it’s a very strange feeling to know that I’m probably the only person in the world other than the killer that knows what they did.”